Food Aggression And What To Do About It 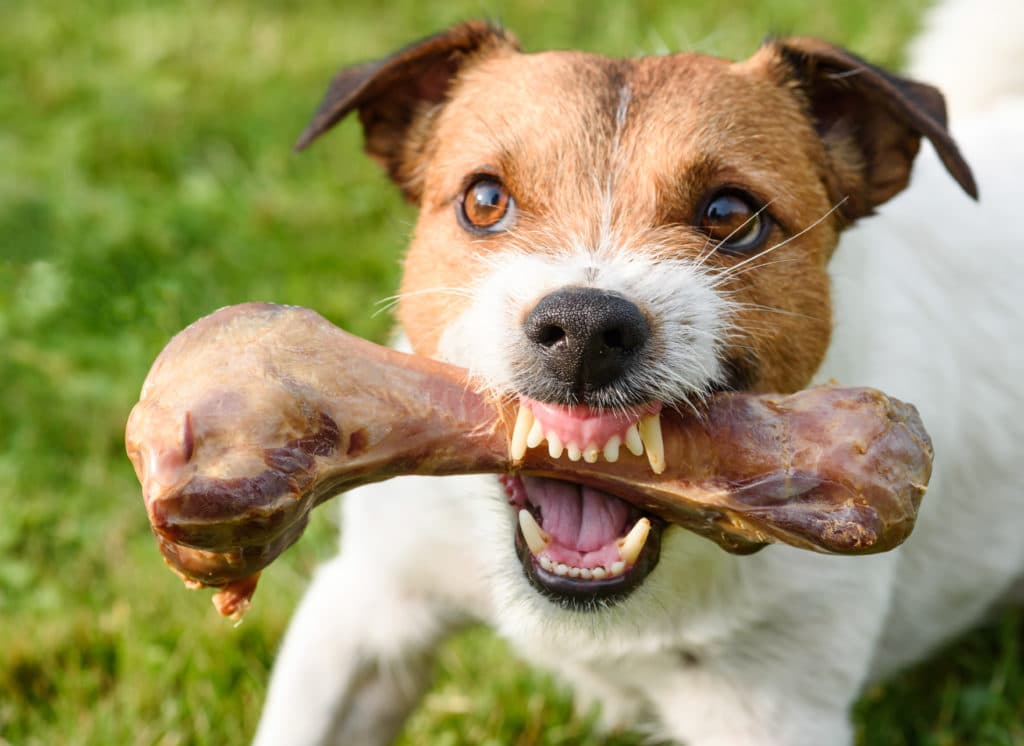 When a dog shows aggression to protect his food, it can be a serious issue. Not only is there the danger of other dogs or humans in the house being bitten, but over time it can lead to the dog becoming possessive over everything.

What is Food Aggression?

Food aggression is a form of resource guarding in which a dog becomes very defensive when eating, using threats to force others away. It can be directed towards other animals, humans, or both. The behavior can also extend to treats.

There are three degrees of food aggression:

While it’s easy to assume that all cases of food aggression are a show of dominance, this isn’t necessarily the case. In a dog pack, the alpha dogs always eat first after a successful hunt, and then the other dogs get what’s left according to their pack position.

For an alpha dog, showing food aggression is a form of dominance, but for dogs with a lower pack position, it can be a sign of anxiety or fearfulness. Remember, in the wild, dogs never know where or when their next meal will be, so it’s very instinctual for them to gobble up whatever food there is whenever they have it — and to protect it from anything that approaches.

How to Recognize Food Aggression

When a dog is eating, his body will stiffen and he may keep his head down. He is using his body language to “hover” over the meal and protect it.

Other signs are that the whites of your dog’s eyes may be visible, their ears are held back, their tail is lowered, or their hackles may rise. A dog may show any or all of these signs. Finally, there are the above mentioned signs of the severity of the problem: growling, lunging, or biting.

What To Do About It

The first step is to assess your dog’s overall behavior. Is she only showing possessiveness over food, or does the behavior extend to other things, like favorite toys, resting spots, or even people in the pack?

Finally, determine whether your dog’s food aggression is mild, moderate, or severe. For severe cases, start off by consulting a professional until you can get the dog down to a moderate level.

Once you’ve completed these steps, you’re ready to start changing the behavior. Here are some of the techniques to use.

If the source of your dog’s aggression is fear or anxiety over when the next meal is coming, then be sure that you are feeding your dog at the same times every single day.

Dogs have a very good internal clock, and with consistency, they quickly learn how to tell when it’s time to get up, time to go for a walk, or time for the people to come home. Mealtime should be no different. Be regular in feeding to take away the anxiety.

Must Work for Food

Before you even begin to prepare your dog’s food, make her sit or lie down and stay, preferably just outside of the room you feed her in. Train her to stay even after you’ve set the bowl down and, once the bowl is down, stand close to it as you release her from the stay and she begins eating, at which point you can then move away.

Always feed your dog after the walk, never before. This fulfills his instinct to hunt for food, so he’ll feel like he’s earned it when you come home. Also, exercising a dog after he eats can be dangerous, even leading to life-threatening conditions like bloat.

Remember, when a wild pack has a successful hunt, the alpha dogs eat first, before everyone else, and it should be no different in a human/dog pack.

Never feed your dog before or while the humans are eating. Humans eat first and then, when they’re finished, the dogs eat. This will reinforce your status as the Pack Leader.

Food aggression can actually be made worse if you back away from the bowl, because that’s what your dog wants. For every time that you do walk away when the dog is showing food aggression, the dog “wins.” The reward is the food and this just reinforces the aggression.

Of course, you don’t want to come in aggressively yourself, especially with moderate to severe food aggression, because that is a good way to get bitten. However, you can recondition the dog until she learns that she wins when she lets you come near her while eating.

Here are some of the techniques you can use:

In rehabilitating a food aggressive dog, two things are happening. One is that you’re desensitizing your dog so that she will no longer become protective when anybody approaches her while she’s eating. The other is that you’re counterconditioning your dog by teaching her to associate people approaching her bowl with good things.

There are many other techniques you can use to reduce food aggression or to prevent it from happening in the first place. The key, as always, is to be calm, assertive, and consistent.

The term “food aggression” can be misleading because people can easily interpret it as dominance, and it really is better to think of it as resource guarding. As humans, we need to establish our place as Pack Leader, and teach our dogs that there’s no reason to guard their food from us.

Have you established a feeding ritual for your dog?

Have You Posted About Your Dog Today?

If you have a busy social (media) life, then you’re likely to post about your 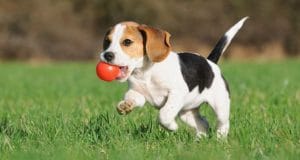 The Stages Of Puppy Growth 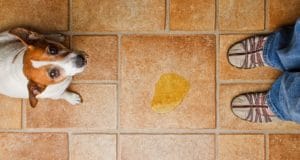