Well Trained But Not Well Behaved 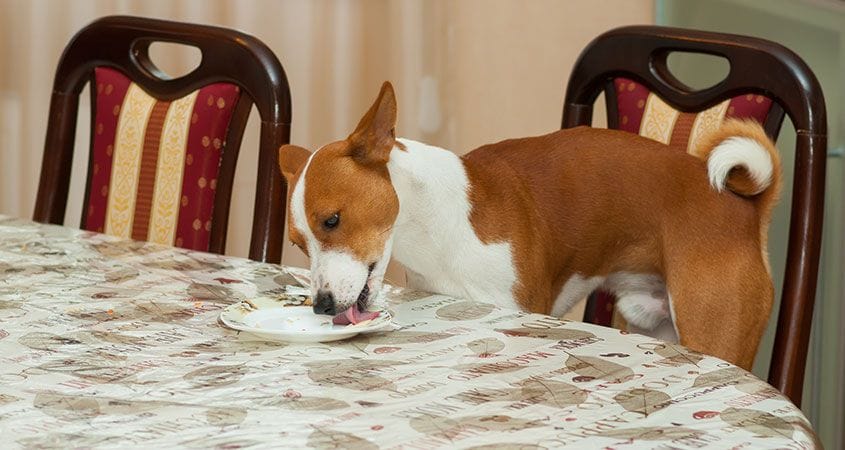 A lot of people think that I’m a dog trainer, but that’s not what I do. I’m a dog behaviorist, which means that I rehabilitate dogs, and I train people. It’s an important distinction, and one that can be hard for people to understand.

“But Cesar,” people say, “You get the dog to behave. Isn’t that the same thing as training?” The short answer is, “No.” Now here’s the longer answer.

I’ve seen very well-trained dogs that still had behavioral issues. These dogs could do a lot of tricks, like sit, shake hands, roll over, or fetch — but still chewed up shoes and furniture, still barked non-stop, and still pulled on the walk.

The Purpose of Dog Training

Training is meant to teach a dog to perform a specific task when given a specific stimulus. It’s the process of associating, say, a word with a behavior. The most common form of training is positive reinforcement. If the dog does the trick, the dog gets a cookie.

A lot of dogs are willing to do anything for that cookie. With enough repetition, you can even get the dog to do the trick without the reward. You say “shake” and they raise their paw. It becomes second nature.

What dog training does not do is solve behavioral issues. I’m sure many of you reading this have had the experience of calling your dog to come to you — something you’ve trained them to do — but they ignore you because they see a squirrel, or the mailman is invading the dog’s territory, or something else has their attention. In these cases, the training goes right out the window.

If you remember the TV show “Lassie,” you know that it starred a collie that did all kinds of amazing tricks, guided by a trainer just off-screen. That’s one well-trained dog, right? And yet one of the dogs who played Lassie, a male named Pal, had several behavioral issues, including barking and chasing motorcycles. His owner and trainer, Rudd Weatherwax, was eventually able to deal with the barking but never broke Pal of his motorcycle chasing habit.

So one of the most famous trained dogs in the world still had behavioral issues because training a dog does not address the issues that actually cause misbehavior.

In order to rehabilitate a dog, you need to figure out what it is in the dog’s environment that is causing the misbehavior. Are they bored? Frustrated? Overexcited? Fearful? If you don’t deal with those issues, you can have a well-trained dog that will sit on command and still be completely bored or frustrated and so on.

The biggest factor in a dog’s environment that affects its behavior, though, is the energy of the people around it. As I’ve said and written many times, our dogs are our mirrors. They reflect back the energy we give them, and if we are not calm and assertive they cannot be calm and submissive.

This is why I say that I rehabilitate dogs and train people. The people training comes into it as I show humans how their energy is affecting their dog, and then how to change that energy to get the desired behavior. I also train people how to provide whatever the dog is lacking in order to fulfill the dog’s needs and bring it to a calm, submissive state.

On an episode of “Cesar 911,”  I used  a herding dog’s natural instincts to stop her destructive behavior — but I didn’t have the humans actually use herding to do it. This is where the “behaviorist” part of what I do comes into it. If you want a well-behaved dog, you need to have a happy and fulfilled dog through exercise, discipline, and affection.

Is your dog well-trained but not well-behaved, or the other way around? Tell us about him or her in the comments!

In this exclusive excerpt from one of the bonus features for Cesar’s  DVD “Essentials of...
June 18, 2015

How To Crate Your Dog For Travel

Cesar talks to Marlo Thomas about how to crate your dog for travel. Watch Cesar's...
March 12, 2020

Do Owner Alert: Most Restraints For Pets In cars Fail Crash Tests

Pet safety is something that we must be very concerned with as pet owners. And...