As more and more research is being done, one thing has become much clearer: Pets are good for us, especially dogs, from benefiting our social lives to maintaining and improving our physical and mental health.

Using dogs for specific therapies is nothing new. The idea of dogs leading the blind may go back as far as the 16th century, and Elizabeth Barrett Browning wrote in her 19th century novel “Aurora Lee,” “The blind man walks wherever the dog pulls…”

So why did it take us so long to figure out that dogs in the household have other benefits? Probably because they made an abrupt transition from outside working dogs to inside family members after World War II and, while we instinctively knew they were good to have around, it took science a while to actually determine the reasons why.

Here are five benefits of having a dog that you may not have been aware of.

For years, Cesar has listed exercise as the most important thing that we can give to our dogs, but it’s also the best way that dogs give back to us. Dog owners who go on regular walks are more physically active than people who have other pets or no pets at all.

That list sounds like the claims made by a late night infomercial promoting a miracle cure, but if you walk your dogs at least a half hour every day, this is exactly what you will get back for yourself.

Protect Your Children
Not only are dogs natural protectors of their home and pack, research now indicates that dogs can protect your children’s immune systems and help prevent allergies and conditions like eczema.

One study by the University of Cincinnati showed that children who grew up with dogs and whose parents had some history of eczema developed the condition at a rate of as low as 9%, while households without dogs showed rates as high as 57%. On the other hand, having a cat in the house actually increased the chance of children developing eczema to as high as 54%.

Surprisingly, children who tested allergic to dogs as babies actually benefited the most from having dogs in the house when they were infants. Nearly two-thirds of them who grew up without a dog developed eczema and other allergic reactions later in life. Only 14% who grew up with dogs did.


Don’t Worry, Be Happy
A recent study in the Journal of Personality and Social Psychology looked at pet ownership and overall happiness, and it showed that pet owners were generally better off than non-pet owners, with lower levels of fearfulness and obsession. Owners who relied on their dogs for social fulfillment felt less depressed and lonely, had higher levels of self-esteem and happiness, and were less likely to feel stressed.

In another study, Krista Marie Clark Cline of the University of Missouri-Columbia College of Veterinary Medicine determined that owning a dog reduced depression at least among women and single adults, and was not correlated with incidence of depression in other groups of dog owners.

Finally, as reported in The Independent UK, Deborah L. Wells of Queens University compared various studies on dog ownership and human health and concluded that dogs do have a preventative and positive therapeutic impact on physical and mental health.

Dogs are good for the heart in more ways than one. By making us happier, they help our hearts metaphorically. By encouraging us to exercise, they help our hearts literally. But studies have also shown that dogs can help people survive heart attacks at a higher rate than people without dogs.

A study sponsored by the National Institute of Health showed that the one year heart attack survival rate was much higher for dog owners — 97% of patients, as opposed to only 72% of patients without dogs.

According to the American Heart Association, owning a dog may also decrease the risk of a heart attack by lowering cholesterol, blood pressure, and obesity through exercise, as well as by reducing stress in general.

Dogs can also help you find your perfect mate in several ways. The most obvious, of course, is that you’ll naturally get out more if you have a dog, going on daily walks or hikes, or by visiting the dog park. Second, though, is due to human nature: people are more likely to start a conversation with a stranger if that person has a dog — “What a beautiful dog. What breed is it?” can be a great ice-breaker, after all.

Besides more opportunities to meet people, dogs are great judges of character. By reading people’s energy, they will let you know pretty quickly whether that new person you just met is potential dating material or someone to avoid. And watching how another person reacts to your dog is another great sign as well.

The above are just a few of the overall benefits of owning a dog as they relate to health and happiness, but there are many other reasons. Dogs provide home security, of course, and they also provide a source of entertainment and comfort. Dogs can also teach responsibility to children and adults, and can be trained to assist people with mental or physical handicaps.

Maybe it’s time to rewrite that old adage — a dog in your day keeps the doctor away!

What are some of the benefits your dogs bring into your life? Share your story with us in the comments!

One of the greatest miracles of life is motherhood. It’s the reason that almost all

What You Need to Know About Spay And Neuter Myths

Pet overpopulation and euthanasia are a continuing problem. Be a part of the solution: spay

3 Homemade Frozen Dog Treats That Are Perfect For Summer

If this pandemic continues any longer, there is that fear that summer will be canceled 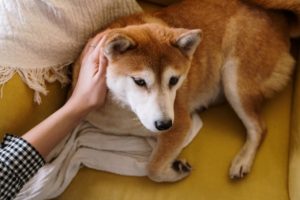 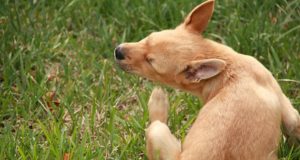 Does Your Dog Have Allergies?