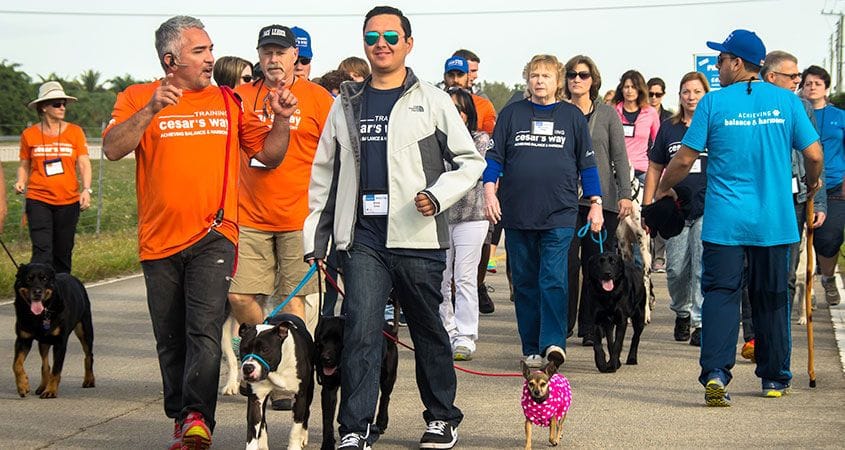 One of humanity’s most powerful emotions is empathy. It’s a trait not shared by a lot of animals, although elephants, dolphins, whales, and chimpanzees seem to be capable of it. So are our dogs.

However, being human and emotional, we take our empathy a step further and do something that animals do not: we feel pity for other living things, and we can feel pity for ourselves.

Dogs don’t do this, but it’s not necessarily a bad thing. In fact, particularly in the case of lacking self-pity, it can be a powerful lesson to all of us.

If you’ve ever met a dog that’s missing a limb, or that is blind or deaf, probably the most noticeable thing is that, to them, it isn’t noticeable. They don’t let their limitations get in the way of them being a dog. Instead, they use what abilities they have left and make the adjustment seamlessly.

Dogs do this by instinct, and it should be pretty clear why. In the wild, a Pack will abandon or kill dogs that are crippled and that cannot continue on with the rest of the group. It’s a life-or-death choice that’s hardwired into the animal. You could almost call it a case of “persist or perish.”

People can have this resilience as well, but we often need to be reminded of that fact — and our emotions can lead us to too easily give up when the odds seem insurmountable. I saw one such case a few years ago when a young man named Erick Cruz came to my Fundamentals of Dog Behavior and Training Course at the Dog Psychology Center. Other than a slight stiffness on one side of his body, he seemed perfectly healthy — but then I found out the real story.

Erick, who is from Guatemala, was living an entirely ordinary life until the day he had a stroke. Even though he was only in his early 20s, it completely changed everything for the worse. He went from being very physically active and vibrant to being a shut-in who could barely crawl across his room. While the stroke was physically debilitating, it was his self-pity and defeatism that could have kept him trapped in a ruined body and a tiny room for the rest of his life.

Fortunately, Erick had a dog, Fibi, a Chihuahua that his (by then) ex-girlfriend had given him and, while the dog could feel empathy, it didn’t feel any pity. Instead, the dog basically started badgering Erick and wouldn’t give up on him… until he learned to not give up on himself.

His recovery didn’t happen overnight, but it did happen, and the dog was there through all of it, cheering Erick on. A couple of years ago, he told me, “Fibi was always there to encourage me. She was so patient. It didn’t matter that it took me fifteen minutes to walk five yards. She wasn’t in a hurry. Time didn’t matter to her.”

That last part is probably the biggest key to how dogs do it. As I say often, dogs live in the moment. They don’t worry about the future or regret the past. Contrast that to people, especially modern ones, where everything seems to be ruled by the clock — and our obsession with deadlines and schedules can make us forget how to be human or even make us sick.

Fortunately, we have our dogs to remind us how to stay healthy and to encourage us to overcome our setbacks. Sometimes, it makes me wonder who the smarter ones are in that relationship!

How To Choose The Best Dog For Your Kids

Choosing the best dog for your kids is a very personal decision that depends on...
June 18, 2015

Is Everything You Know About Dog Socialization Wrong?

By Cesar Millan Today marks the end of the month-long event known as the World...