Bulldogs have characteristically wide heads and shoulders along with a pronounced mandibular prognathism. There are generally thick folds of skin on the brow; round, black, wide-set eyes; a short muzzle with characteristic folds called a rope or nose roll above the nose; hanging skin under the neck; drooping lips and pointed teeth, and an underbite with an upturned jaw.

Breeders have worked to reduce/remove aggression from these dogs. Most have a friendly, patient, but stubborn nature. Bulldogs are recognized as excellent family pets because of their tendency to form strong bonds with children.

Features of the Bulldogs

The term “Bulldog” was first mentioned in literature around 1500, the oldest spelling of the word being Bondogge and Bolddogge. The first reference to the word with the modern spelling is dated 1631 or 1632 in a letter by a man named Preswick Eaton where he writes: “procuer mee two good Bulldogs, and let them be sent by ye first shipp”.

Regular grooming is an essential part of responsible dog care. If you don’t have a routine, start small. Brush one day, bathe the next, and

The History Of Bulldogs

One of today’s most popular dog breeds and human companions was originally bred for aggression. Here’s the history of bulldogs. Bulldogs in the Beginning

What Does Your Dog Breed Say About You?

By Nicole Pajer From a Chihuahua to a Great Dane, dogs come in all sorts of shapes and sizes and display an array of temperaments. 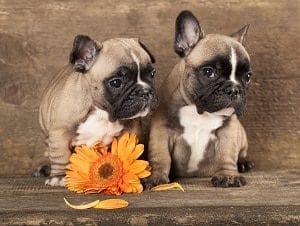 Bulldogs have a long and illustrious history and are one of the most popular dogs in the world. Because they have such an interesting story,

Have We Overbred Bulldogs?

By Joe Wilkes Bulldog Thoughts I love bulldogs. I don’t own one myself, but I have lots of friends that do. In Los Angeles, where

A Checklist For Your Dog’s First Aid Kit