Calmness In The Middle Of Chaos 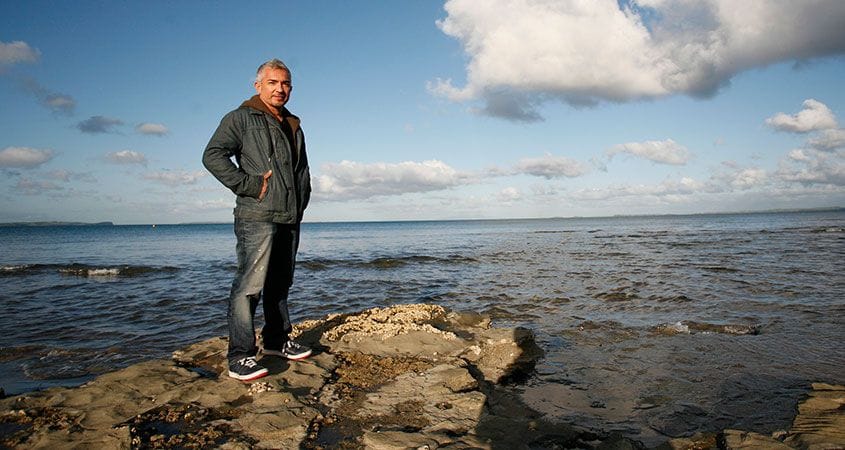 After spending the holidays in Spain, I returned to Los Angeles in the middle of a huge storm. There were floods and even reports of a tornado or two. The weather was quite chaotic, and it’s supposed to continue like that over the coming weeks and months.

What people don’t realize is that the air around us is just like the ocean, except that we can’t see it. But, like the ocean, it has its currents and waves. And, just like big ships are able to sail through the ocean waves, airplanes can fly through turbulent weather.

But, in order to stay stable in the chaos, both ships and airplanes need two things.

Calm and assertive energy and living in the moment
In terms of a ship, those two things are a keel and an anchor — but airplanes have both as well, in a sense. On a ship, the keel is there on the bottom to keep it upright in the water. On an airplane, the vertical stabilizer on the tail does the same thing. And the airplane’s version of the ship’s anchor is called the ground. Anchors are meant to keep the vehicle in one place.

As humans, we also need a keel and an anchor in order to stay stable in the midst of chaos. The keel, which keeps us upright and on course, is calm, assertive energy. The anchor, which keeps us in place, is living in the moment.

A keel is a good metaphor for what calm, assertive energy does. As the ocean — chaos or uncertainty — comes at it, the keel keeps moving forward, not pushed to one side or the other. The assertive part of that energy is what will move you forward to your goal, while the calm part will keep you focused on that goal without veering off on a tangent.

Intention times emotion equals energy
I’ve written before about how intention times emotion equals energy, and this is another way to look at it. The forward motion is intention and the balance is the emotion. In fact, if you imagine yourself as that ship pushing through the waves and moving forward despite the chaos, it will help you to find that place of calm, assertive energy.

When you become that strong, calm force moving relentlessly forward it will naturally make your dog want to follow.

Of course, we don’t literally keep moving forward at all times — if we did, at an average pace everyone would walk around the entire Earth just over one time per year. It might be interesting, but we’d never get anything done.

When we do stop moving, though, it’s time to make sure that we’ve dropped anchor. But that doesn’t mean that we shouldn’t always be anchored. Even a ship in motion carries its anchor with it so that it’s always available when necessary.

Living in the now
Remember, I wrote above that our anchor is living in the moment. This is the connection that keeps us in the present and aware of the world around us. It keeps our mind from wandering into the past or future. Dwelling on the past can make us live a life of regret, while worrying about the future can lead us to be anxious or fearful.

The best way to live in the moment is through meditation and exercise. You should be getting exercise by walking your dog. It’s the best thing for both of you. As for meditation, this just means turning off the inner voice in your head and experiencing the world as it is. You can do that while sitting quietly or while walking — safely anchored or sailing full steam ahead.

Stay calm among the chaos!

What is your preferred way of unwinding to live in the present?

What would be better than spending time on a white sand beach in the Caribbean...
February 3, 2020

Eclipse is a black Labrador who is proving that she’s a smart and independent dog...
July 8, 2019

Dear Cesar, First, we love you! My German Shepherd is great except when we play...