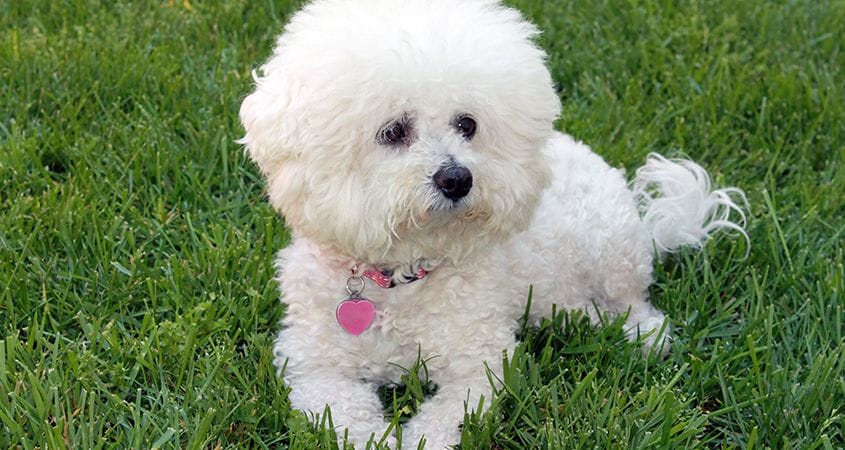 Nothing To Sneeze At: 10 Top Hypoallergenic Dog Breeds

Aaachoo! For many allergy sufferers, a sneeze is just the start when they’re around a dog. The presence of a canine can also trigger coughing, wheezing, itchy eyes, and a stuffy nose. If this sounds like you, the idea of adding a dog to your family may seem impossible — but it doesn’t have to be! Certain dogs are bred specifically for their non-shedding coat, which produces less dander, the most common culprit behind dog allergies. These breeds are called hypoallergenic, and while no dog is 100% guaranteed to be allergy-free, they have allowed many allergy sufferers to bring the 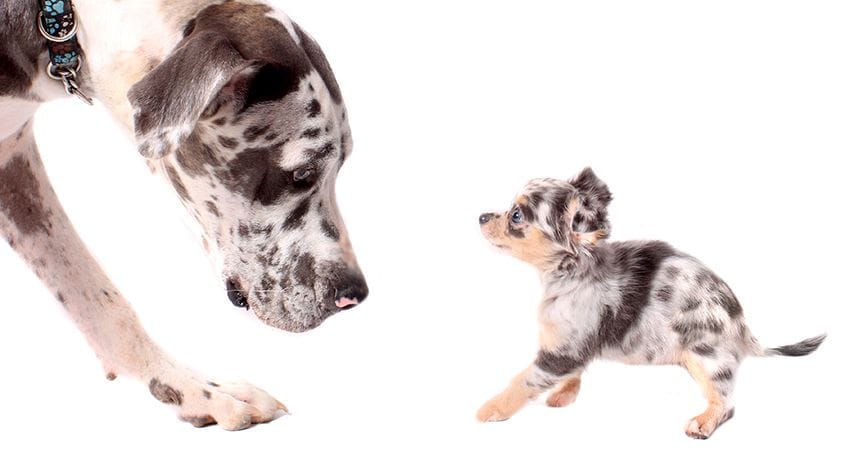 Un-Mixing A Mutt: DNA Testing And Your Dog

If you’re the owner of a mutt, it’s likely you have an idea — or more likely several — about his breed mix. But what if you could know for sure? Well, you can, through dog DNA testing. In fact, you may be surprised to learn that it’s not as expensive as you would think. Testing starts at just $60, though the price goes up from there for more accurate tests. More comprehensive at-home tests cost $100 and upwards, and you can also opt for even more precise — and pricey — testing at your vet. Below are a few 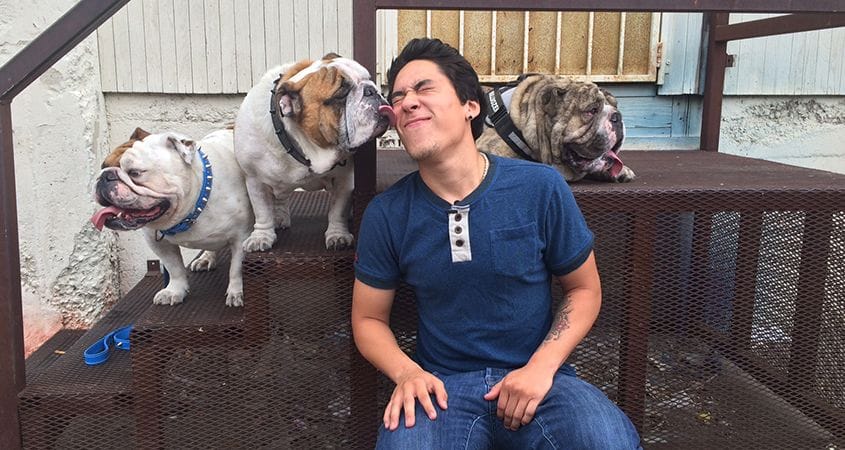 Andre Millan is following in his dad’s footsteps with his own all-new web series “What’s Up Dawg!” which will bring you up-close and personal to dog-related news and events. In the first episode, Andre drops in on the SoCal Instagram Bull Dog Meet-Up in the Downtown Los Angeles Arts District. What began as one follower of a single photo on Instagram has turned into a regular event with hundreds of participants. Check out the event in the video below, and find out more at the IGBulldogs_Los Angeles Instagram page.   0 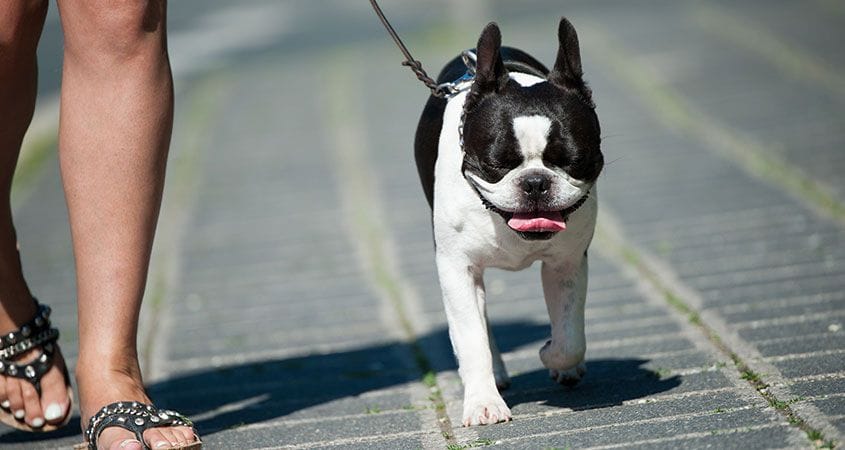 Taking A Bite Out Of A dozen Common Dog Myths

There are lots of expressions in many languages that involve dogs in a metaphorical way. “A barking dog seldom bites,” for example, really means the same thing as “all talk and no action.” “Let a sleeping dog lie,” which is probably a good idea when taken literally, figuratively means to not bring up an old argument. Then there are things that people say about dogs that are not true — for example, a dog does not age seven years for every human year; the actual calculation is a little more complicated. Here are the top twelve myths about dogs, debunked.

If you live in an apartment or condo, this should be a factor you consider when adopting a dog: will your new family member be happy in close quarters? Contrary to popular belief, the most important factor is not the size or breed of the dog, but the dog’s energy and your ability to ensure that its needs are met. Can you provide daily exercise and adequate physical and mental challenges? Will the dog live under rules, boundaries, and limitations with a calm and assertive Pack Leader? In general, lower energy dogs, independent of breed, can adapt more easily to

People are always asking Cesar, “Which breed of dog is the right one for me?” His answer to the question is that breed doesn’t matter. Energy does. If you want to have a balanced relationship, start with a dog with an energy level the same or lower than yours. However, breed can make some difference if the potential owners have certain physical limitations. You probably shouldn’t have a Great Dane if you live in a studio apartment, or a slobbery bulldog if you have allergies. Likewise, as humans age, they may experience changes that can limit whether they can have 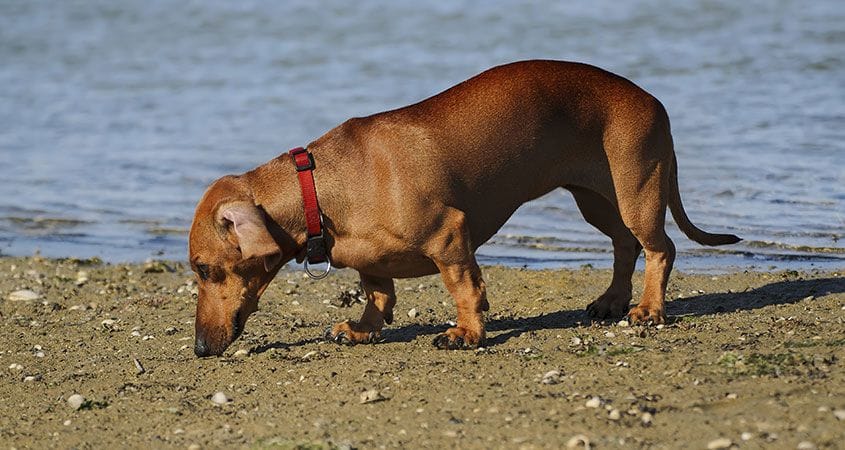 Brook Burton has always had dogs in her life, and when she was still in high school, even joined a dog rescue with her mother in Columbus, Ohio. She currently has two dogs, Freddie, a 12-year-old miniature schnauzer/terrier mix, and Dennis, a 6-year-old Dachshund. Brook’s pack Freddie weighs in at a svelte 10 pounds, 4.5 kilograms, but when Brook rescued Dennis in June, 2013, he broke the scales at a whopping 56 pounds or 25 kilograms. His former owner, a relative, had overfed him a constant diet of unhealthy human food, including pizza and burgers. He could barely walk a few

The Alaskan Klee Kai Dog was bred to be a smaller version of the Alaskan Husky (a mixed breed primarily used for sled dog racing). Their name “Klee Kai” is the Alaskan Athabaskan word, which denotes “small dog.” The breed is extremely clean and will spend several hours a day grooming themselves. They are a highly intelligent and active breed that thrives under the leadership of a firm pack leader. 0

Ah, Labor Day. That one day a year when we Americans celebrate the contribution of workers to our society by… taking the day off. But as we pause to reflect on those of us who work hard each day, we should also take time to reflect on some other workers — those that never go on strike, never ask for a pay raise, and never request extra vacation. They are the working dogs. Working dogs come in all types, from search and rescue, to guiding, to performing. In our celebrity-obsessed culture. Let’s pay homage to some famous working dogs this

Is Your Dog Stalking You?

There are so many rewarding things about being a dog owner. There’s the unconditional love, someone to always keep you company, and to greet you when you come home. I am blind my guide dog is a five year old yellow lab named Nash. In the three plus years we have been together, we have been on airplanes together, a cruise to the Caribbean, even on TV together. Like Forrest Gump said, “we go together like peas and carrots”. We have rarely been apart. One of my favorite things about being a dog owner is hearing the pitter patter of