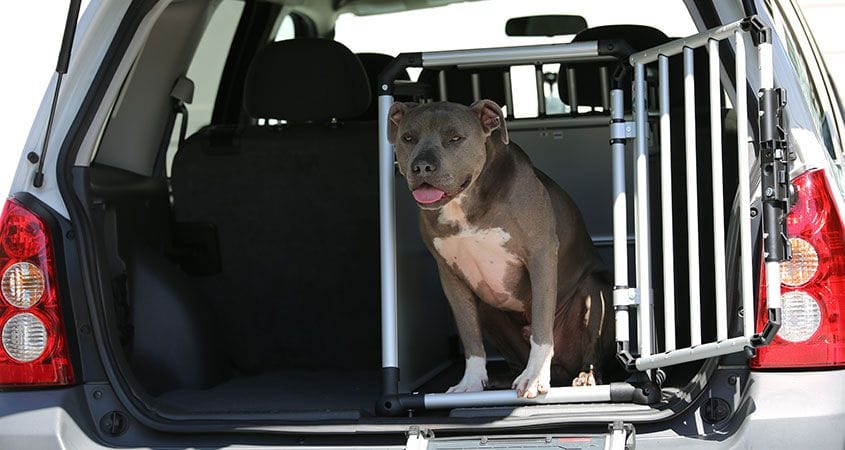 Humans are curious and intellectual, so for as long as we’ve been thinking and using language, we have always tried to figure out why things happen — why is the sky blue? Why does the sun rise? Where do mountains come from?

This curiosity is the basis of science, where the goal is to look at some event or phenomenon — the “effect” — and figure out why it happened — the “cause.” Scientists keep eliminating possible causes that are wrong until they find the one that’s right. For example, people once believed that disease was caused by foul-smelling air, but that wasn’t the real cause. Eventually, they discovered that it was germs in the air that spread disease.

Humans are great at narrowing down a range of possible causes to the most likely one. Dogs? Not so much. To a dog, if something seems to cause an effect once, they accept that theory completely.

This can lead to some unusual behaviors. A puppy can have a broom fall and scare him — and suddenly anything that looks like a broom or an upright stick becomes a cause of fear. A dog can be abused by a person wearing a hat, and from then on anybody in a hat is a threat.

It can take as little as one incident to create a cause and effect idea in a dog’s mind, and it can take a lot of work to remove that connection. What makes it even more of a challenge to humans is that we didn’t necessarily see the moment when the behavior was created. All we know is that one day our dog cowers and runs out of the room when the toaster pops up.

One particular question I hear from people a lot is this. “Why did my dog suddenly start soiling all the time in her crate?” From the human perspective, the dog just decided to poop or pee or both in the crate one day, and then would not stop. But this brings up another problem in looking for cause and effect: We have to make sure that we go back far enough so that we’re looking for the actual cause, instead of mistaking another effect for a cause.

So the question isn’t why is the dog going in the crate all the time — it’s why did the dog do it that first time? The answer to this question is most often that it was an accident. The dog had an upset stomach and diarrhea, or the dog couldn’t hold it because the humans were away too long. The dog was also locked in the crate, so couldn’t get out to go elsewhere.

To the dog, that mess in her sleeping area is the effect, and the crate itself becomes the cause by being associated with the mess. Dogs do not normally defecate or urinate in their dens, so it’s just as upsetting to them as it would be to us when it happens that first time. If the dog does make the association of the crate as the cause of them making the mess, then the crate itself becomes a source of apprehension and anxiety — and both of these things can cause a dog to lose control and  defecate or urinate again just by being put in the crate.

It becomes a vicious cycle. The dog now thinks of the crate as a place where they can’t control themselves, so when they get put in the crate, they go. Meanwhile, the humans keep putting the dog in the crate as a way to keep the dog from going anywhere else in the house, because the humans assume that the dog suddenly has a housebreaking problem and can’t be trusted.

If your dog does start to soil their crate, the solution begins with a very counter-intuitive step: Stop putting them in the crate. You need to break that cause and effect association, and you can only do it by temporarily removing the stimulus that’s causing it.

Create another safe place for your dog with a bed or pet pillow that’s never been in the crate and isn’t even in the same room. If your dog absolutely cannot wander free, find a place with a non-carpeted floor, like a bathroom or laundry room, and close them in there, but use partitions they can’t jump over instead of just closing the doors.

Then… let your dog re-discover the crate himself. Don’t try to lead him to it or put him into it. Don’t even try to draw his attention to it. If the process has worked, he will become curious again and may go back in on his own. When this happens, don’t make a big deal about it, and don’t close the dog in. Give him time to get back to using the crate, provided that he doesn’t have any more accidents in it. If he does, repeat the process.

Remember to be patient. This isn’t a fix that takes a day. Expect it to take at least a week or two, if not longer.

The reason that dogs make cause and effect associations so quickly is survival. In the wild, it only takes ignoring a snapping branch one time to fall victim to a predator. It’s almost like dogs are hardwired for “better safe than sorry.” This is great in the wild, but it can lead to unexpected problems in the human world — especially when we’re not used to seeing things through a dog’s eyes and forget to look for the real causes of sudden misbehaviors.

Stay calm, and focus on the cause!

Chihuahuas are an extremely popular breed, but they come with a lot of history and...
June 18, 2015

Located in the suburban enclave of historic Morristown New Jersey, The Seeing Eye®, Inc. is...
June 18, 2015

Whelping, which is what the canine birth process is called, is something that should...