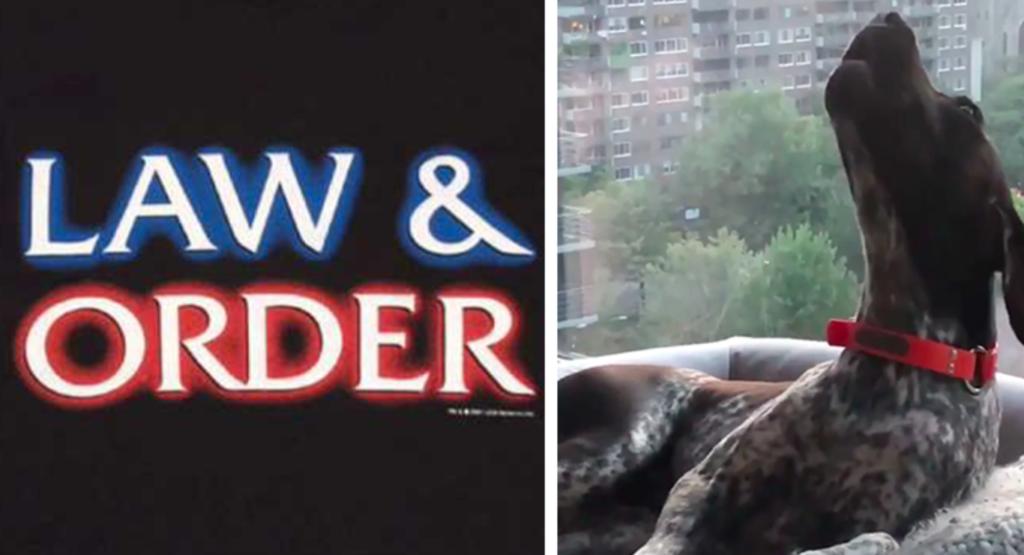 Law and Order: SUV has been a long-running show for a while, and its theme tune is well-known. In fact, a recent thread on Twitter, which was started by comedy writer Peter Schultz, showcased just how well-known the theme tune is, by uploading a video of his German Shorthaired Pointer “singing” along to it. Needless to say, the post quickly went viral.

“This is as good a time as any to tell you that my dog sings along to the Law & Order theme song every time he hears it,” Schultz posted.

This is as good a time as any to tell you that my dog sings along to the Law & Order theme song every time he hears it pic.twitter.com/4HNVPWrzmE

It would seem that the homage to the show doesn’t stop with his canine companion’s vocal rendition of the theme tune. It even goes further than that, as Schultz admitted that his dog is actually named after the character of Odafin “Fin” Tutuola, portrayed by Ice-T. According to Schultz, his dog’s name was picked long before the pooch showed an appreciation for the show.

Clearly, it was all meant to be.

Schultz wrote, “Every. Time.” beside the video of Odafin’s “singing.”

“These take up most of the memory on my phone,” he added.

These take up most of the memory on my phone pic.twitter.com/7i9fd9IrHN

It turns out that Odafin is in good company, as the video prompted many other dog owners to come forward and admit that they also have pooches who love to start howling as soon as the show’s opening credits begin.

One person commented, “My Harley does the same thing! We call it Paw & Order: SVU.”

My Harley does the same thing! We call it Paw&Order:SVU on his IG @hubbahubbaharley pic.twitter.com/BNhBwheO2F

Another owner shared her own clip:

Meanwhile another person’s pup comes out specifically for the opening tune:

Mine does it to SVU. pic.twitter.com/53pVDQVQKY

Pretty talented dogs, now if only someone’s cat would be caught meowing along – that would definitely be something.

Jen Anderson recently shared an adorable video of her fiancé and their Pit Bull, Lady,

Take Your Dog To Work

Perri Farlow has been working as a photographer since 2008, so she thought she’d captured it