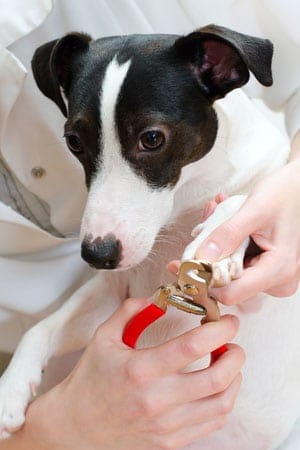 Since I was a tiny tyke growing up in Miami, I had a hobby of helping animals, whether it was saving a squirrel that fell out of a tree, or finding a feral cat a home off the streets, or bringing stray dogs home for my parents as presents.

Even during visits to a family farm in Alabama, I proudly picked piglets out of a cotton field, rescuing them from the scorching sun while letting one of them call my grandma’s house his new home. I named him Arnold.

There were many more names, many more animals, and a heart for the helpless that grew right along with me. Even as a little animal lover I would tell adults I preferred the company of furry, fluffy or even feathery creatures over boring ‘ole humans. Fast forward a few decades and I probably will still stand by that quote, but now my personal passion project has turned into a full-fledged career.

I became the one and only animal advocate reporter and investigator at Local 10, the ABC affiliate of local news in South Florida.

Giving animals a voice
It started with an animal fundraiser here, an adoption event there, a weekend spent at a dog walk and way too many foster dogs calling my house their temporary home! That affection for animals was not lost on anyone.

My producers noticed my love for these helpless creatures was coming across on camera. My spare time working with all kinds of critters would be discussed while I was anchoring in the studio, while my charisma with pets was undeniable during a weekly segment featuring the local shelter or Humane Society with their adoptable animals.

When my boss asked if I wanted to be the station’s full-time animal advocate reporter, there was nothing to consider, no question to answer, my dream job just became my reality.

Realtor to the pets
It started simple with a daily “Adopt a Pet” segment, in which I would travel all over South Florida visiting rescue groups, shelters, Humane Societies and even foster homes, in order to shoot video of the homeless pets while interviewing the volunteers that worked tireless hours saving these animals.

Now this was not always a simple cat or dog adoption option, I have featured snakes, iguanas, hamsters, ferrets, guinea pigs, turtles, pigs, ducks, chickens, goats, mice, horses… you get the idea. If it’s up for adoption, I will do a story on it! But that’s the simple side of being an animal advocate.

Changing South Florida laws
In 2012, I was out in the field working on a tip I received about an abused dog. I went to investigate and found the animal in horrible conditions. That dog happened to be on the job, working as a guard dog. I did a little research and quickly found out, unlike people, working animals received very little oversight and minimal rights.

A two-part investigation into the plight of guard dogs in South Florida caught the attention of local commissioners and within months, both Miami-Dade County and Broward County changed the laws on the books to offer more protection and provide safety measures for these working animals that were largely ignored for decades.

That investigation bred many others: animal hoarders, abuse cases, slaughter farms, puppy mills, backyard breeders, and pet store problems, to name a few. From hitting the streets to save animals being dumped at construction sites, to snorkeling in the Florida Keys to uncover the problems with a lionfish invasion, to hiking the Everglades to count invasive species of tegus and Burmese pythons, the work of an animal advocate reporter has no limits.

I even interviewed Cesar Millan, hoping to get a little training help for handling my two Chihuahuas, Simba and Jagger. I may need to do a follow-up story on those two rascals! But Cesar certainly helped me delve a little deeper into my understanding of animals, considering on any given day at work, I could be encountering all kinds of unfamiliar creatures.

Power in pet perception
The true power in animal reporting is changing people’s perception. A viewer once emailed me to tell that my up-close-and-personal animal reports had helped her to deal with her lifelong fear of dogs.

An animal hoarder once called me so that she could receive help rehoming the cats and dogs she had become overwhelmed by. And I can’t even keep track of all the calls where people are asking for help in finding a specific animal they want to adopt or need help with, or just want some friendly advice to get through some pet problems!

Countless others come up to me in grocery stores or restaurants to thank me for making a difference for animals. I always say the same thing, I am so lucky to do what I love, but really all I do is speak up for those that have no voice.

My dedication to animals went a step further when I was inspired to become a vegan. I gave up all animal products two years ago and never looked back. I love that my lifestyle is animal-cruelty free.

As a reporter, it’s easy to talk the talk, but it’s another thing to walk the walk. My choice to abolish any type of animal product from my diet really brought my work and my love for all creatures to every aspect of my life.

It’s not just about saving cute pets like cats and dogs. All animals are worthy of our love and respect. My favorite quote is by another animal lover you may have heard of before, “The greatness of a nation can be judged by the way its animals are treated.” –Mahatma Gandhi

You can watch videos of Jacey’s animal advocacy work online. She also writes about veganism in her blog. And you may connect with her on Instagram and Twitter, @jaceybirch, or Facebook.

Are you too able to leverage your career to help animals either through advocacy or rescue? Tell us how you do it in the comments.

Your Dog Is A Verb

Think back to how you learned your first language. Chances are that before you went...
October 24, 2019

Family Reunites With Their Dog After A Tornado Destroyed Their Home

When an EF2 tornado destroyed their home in Logan County, Arkansas, one family was thankful...

Have You Posted About Your Dog Today? 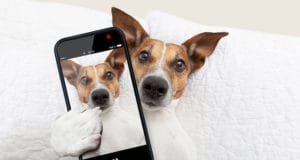 Internet To Life Net: How Social Media Is Saving Dogs

It’s Be Kind To Animals Week