Rosie is a Staffordshire bull terrier, a breed lumped in with pit bulls and given a bad reputation because of irresponsible owners. Cesar believes that all dogs, including Rosie, deserve a second chance — and third, and fourth — and in this episode of “Leader of the Pack,” he sets out to show that it’s not about the breed of the dog, but about the human in charge.

Rosie was taken in by Animal Helpline Dog Rescue and has been in and out of the shelter a few times, developing some bad habits over the years. One of those habits is to shut down, refusing to walk, making it difficult for possible adopters to interact with her. Lately she’s shown some aggression toward other dogs and, because she’s a Staffie, it’s especially difficult to find her a new home — so far, she has been returned after every attempt at re-homing her.

Cesar works with Rosie to uncover the dog’s behavioral issues. Almost immediately, she shuts down and refuses to walk but Cesar is determined to keep her moving. He also tests her because of recent dog aggression issues, approaching an excited, barking pack. Cesar takes the lead, but will he be able to control her aggression before it gets out of hand?

The candidates for adoption include Nicola, a single mother, and her two children, Tatyana, 12, and Joshua, 6. They live in a country house with two big dogs, and Nicola has taken in rescue dogs before. Tatyana dreams of becoming a dog behaviorist and, because she is adopted, identifies with abandoned dogs.

Norman and Karen have two sons, Jules, 8, and Reisse, 4, but they have never had a family dog. Will a dog like Rosie be the right match for a family with almost no canine experience?

Finally, single mom Debbie and her 16 year-old son Oliver think they’re ready for a dog. Mom is a two-time cancer survivor and is eager to take on another challenge. She thinks that adopting and caring for a dog will be good for her and her son.

Before any of the candidates can move on, though, they will have to face their biggest challenge: Walking Rosie through a gauntlet of dogs.

‘Leader Of The Pack’ Episode 7: Once Bitten 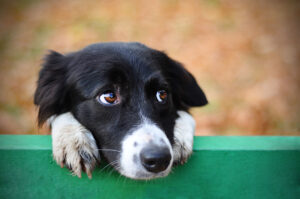 ‘Leader Of The Pack’ Episode 3: When Harry Met Cesar