More Answers To Your Questions 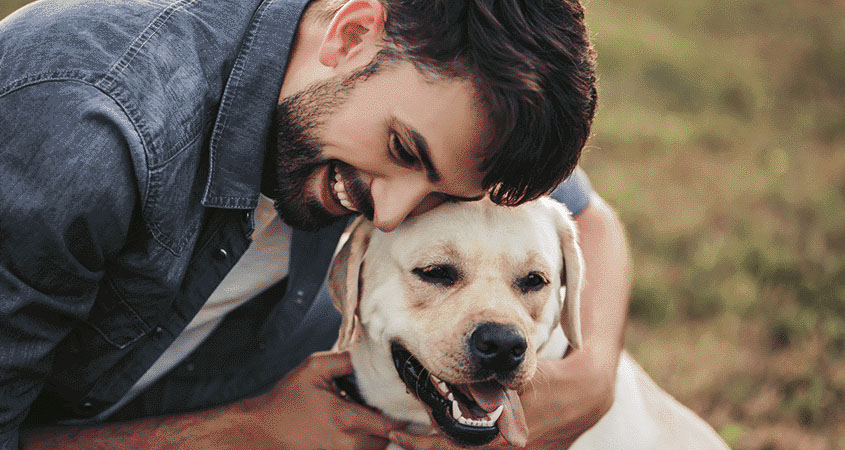 Misty G., Arizona: I need help. I have four dogs that fight off and on and often require trips to the vet and huge vet bills. We are not sure what is triggering this. What can we do to stop this? Help please…

Misty: You don’t mention the ages or genders of your dogs, but do you have any intact males or unspayed females in the pack? If you do, step number one is to have them all fixed — you can have this done by your vet, or at one of many low/no cost spay and neuter clinics.

A major cause of fights in the pack is exactly this: unneutered dogs.

Second, is to look at the pack dynamics, and how you, the humans, are interacting. Do not try to make the submissive dogs dominant to each other or vice versa; the pack will determine which dog is in which position, then it’s up to you, the human pack leader, to maintain your position above all of them.

Rhonda B., Oklahoma: I have a 10 year-old German shepherd, who totally goes crazy when my husband and I try to watch any sort of sports on TV. He is usually a mild and calm dog, but when sports are on TV, he cannot calm down. Even when we put him outside, during a game, he will bust though our fences, to get out of the yard, but wants in the house, and it starts all over again. He is a 110 lb dog, and thinks he has to sit on my husband’s lap, while staring at me. We don’t know what to do about this problem, which has been going on since he was very young. Please help us!

Rhonda: I’m guessing from your email address that you and your husband are huge sports fans. How are you both reacting while watching games on TV? Is there a lot of yelling and cheering and other excitement? And how does your dog react when you’re watching non-sports programs on TV?

If he doesn’t have a problem with the TV except during sports, then he’s reacting to your reactions during the games, and over time has probably learned to associate certain sounds — theme music, announcer’s voices, etc. — with the excitement.

Remember, dogs reflect our energy but they don’t understand things like cheering on a football team or celebrating a goal. To them, this is the equivalent of excited, uncontrolled barking.

You might want to start by desensitizing your dog to the sounds of sports programs.

If you have a DVR or VCR, record a game or two that you’ve already watched, then watch with your dog in the room, trying to not react at all. If necessary, have him on his leash during the process, and gently correct him if he starts to show signs of being anxious or excited.

And remember: this part may take a few attempts before he adjusts to hearing sports without your excitement, so don’t give up if he repeats the unwanted behavior at first.

Then, for the reverse of the process: using whatever positive reinforcement works for him (treats, toys, etc.) get him to sit calmly and focus on one of you while the other one reacts as they would to watching a game — cheering, disappointment at a bad call, whatever. When your dog stays focused on the calm person and doesn’t react to the noise, he gets rewarded.

By repeating these two steps, you’ll get your dog used to the sounds of sports, and you’ll desensitize him to your own excitement. Being rewarded for remaining calm will teach him that watching sports on TV is nothing to be anxious about.

Finally, your dog shouldn’t be sitting on your husband’s lap. That, in combination with staring at you, is just letting you know that he thinks he outranks your husband in the pack. It can be tempting to give your dog affection like this, but not allowing him to sit on people will go a long way toward reminding him who the pack leaders are.

Sarah T., Tennessee: Cesar, my dog Max has bitten my boyfriend twice; once when my boyfriend tried to pick him up while outside, and the second time, he grabbed Max out of his cage. Max was abused by my ex-boyfriend, so I think that Max’s reaction was out of fear. Are there any tips you could give to help to avoid biting? Thanks!

Sarah: This question reminds me of the old joke about the person who tells their doctor, “It hurts when I do this,” and the doctor says, “Then don’t do that.”

In both cases when Max bit your boyfriend, it was because your boyfriend was not respecting Max’s space — he tried to pick him up, and grabbed him out of his cage. You don’t mention how big Max is, although I’m guessing he may be a smaller dog. Look at it from your dog’s point of view: he’s being abruptly grabbed by something much bigger than himself.

Understand The Dog’s Past

Also, while dogs do not normally dwell in the past, the fact that Max was abused by your ex-boyfriend and (to Max) your current boyfriend has taken the same position in the pack, he may be associating any sudden approach with the past abuse. Your boyfriend needs to respect Max’s space and not try to touch or pick up the dog abruptly.

Meanwhile, you can help teach Max to trust by letting your boyfriend take part in things like feeding or walking him.

Finally, your boyfriend should learn to read Max’s body language. Most of the time, a dog will give a lot of warning signals before biting, and there’s a good chance that your boyfriend ignored them before moving in.