Solving The Mystery Of Sheeba: My Dog’s DNA 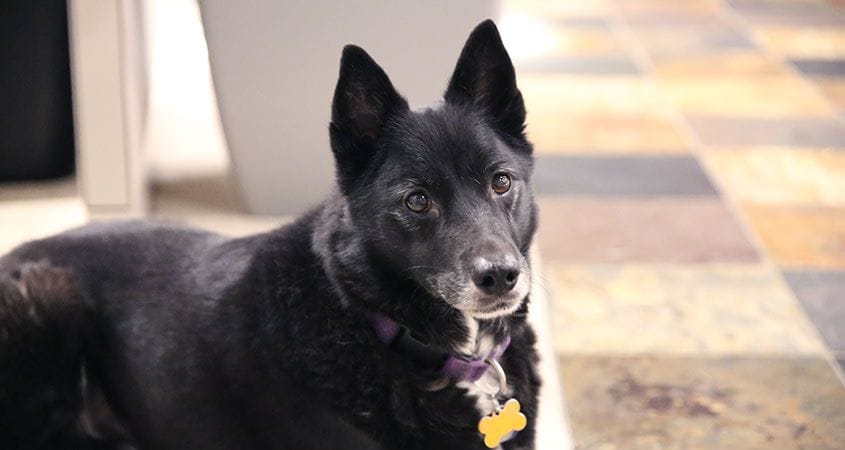 My dog Sheeba, who turned 11 last November, has long been a fixture around the Cesar’s Way offices. Although there have been a couple of incidents of food-thieving from co-workers’ desks in the past, she is generally well-behaved, medium to low energy, and gets along with other dogs.

I adopted her just over ten years ago from the East Valley Animal Shelter. She had been dumped (literally) by a previous owner, and the shelter identified her as “schipperke mix.” Looking at pictures of schipperkes, it was hard to deny that call. While Sheeba is not as stocky as the typical schipperke, she bore a strong resemblance to the breed around the face and ears. 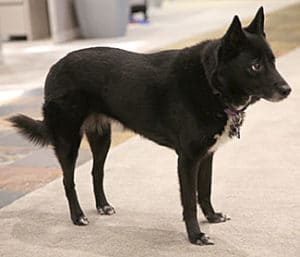 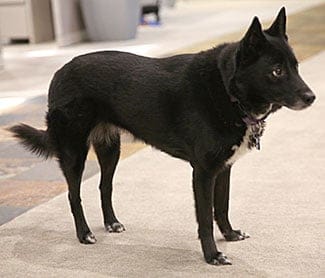 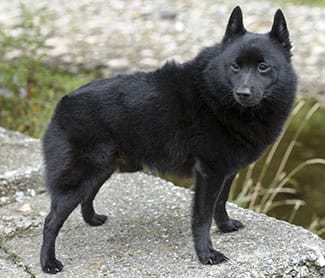 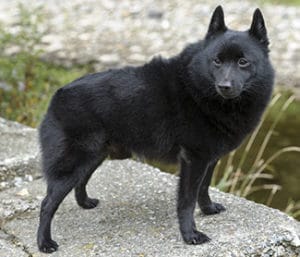 Why I wanted to know

I was actually considering DNA testing my dogs a couple of years ago because they were both rescue mutts, but my older dog Shadow passed away before I had the chance. Shadow was identified as a white German shepherd, although was smaller than the breed, so the rescue I got her from suspected American Eskimo, although she also strongly resembled a Belgian malinois.

Never having had the chance to test Shadow’s DNA was a big incentive for me to check out Sheeba while I still could. Besides that, the process has gotten much cheaper recently. Since various breeds are associated with specific genetic conditions, knowing Sheeba’s actual breed would be a big help, especially as she is well into her senior years. Finding out what she really is should assist my vet in the future, since she’ll know what problems are more or less likely.

Until fairly recently, it was impossible to know with any certainty what breeds a mutt comprised. It was certainly possible to guess based on looks and temperament, at least to an extent. This all changed in 2007 — coincidentally, the same year I started working for Cesar — with the introduction of the first dog DNA testing service, which came seven years after the advent of the same thing for humans.

Although initially expensive, prices have recently dropped to under a hundred dollars, or about the price of a vet visit — a small price to pay for information and peace of mind.

Without getting too technical, the way the test works is to compare a pattern in DNA called alleles. These are alternate versions of a particular gene in the same location, which can result in the appearance of different observable traits, like fur color.

In other words, in one breed of dog, a stretch of allele might look like blue-green-green-red and result in brown fur, while in another breed the same allele might be red-green-blue-green and result in white fur. Geneticists don’t use colors, but I won’t bother you with the technical chemical terms. Although there are only four “color” options, the actual alleles are much, much longer than just four pieces.
The test that I used, Wisdom Panel 3.0, has a database of over 19 million patterns of these alleles classified by breed. This is also an enormous improvement over the early days of canine genetic tests, when there were only 30 to 40 patterns.

So, in essence, the test takes the DNA from your dog’s cells, uses several scientific tricks to amplify that DNA by letting it replicate itself to measurable amounts, then reads the patterns in the result and matches them against a bunch of known patterns from various breeds. The test I used can distinguish among 203 of them.

From the time I paid my $85 online to the day I got my results was exactly three weeks — actually must faster than the time promised on the website. I ordered the kit the Friday after Thanksgiving, and received it the following Monday! I sent it back on Tuesday, postage pre-paid, and they received it that Friday, sending an email confirmation to expect the results in two to three weeks. On December 18, exactly two weeks later, the email with the answers came.

The hardest part of the testing process was actually getting Sheeba to put up with me swabbing her cheeks. The kit comes with two swabs, with instructions to roll them between your dog’s cheek and gum for 15 seconds. On the first try, with Sheeba sitting in front of me, she struggled a bit, so it took three or four tries to get the full 15 seconds.

Luckily, when I pulled out the second swab, she ran into the bedroom and lied down on her side in her “please don’t make me do this” submissive pose. This actually made it much easier, and I got the second swab in one try because all I had to do was lift her cheek and stick it in. So, word of advice for testing your own dogs — put them on their side and swab away.

Another requirement in the process is to include your dog’s weight when you register the kit online, so if you don’t have the most recent info from the vet, you might want to get this out of the way first.

Other than Sheeba’s reluctance, the testing process couldn’t have been easier. From the time I opened the box to putting the swabs back in and slapping on the postage paid label, it was no more than 15 minutes. The hardest part was the little over two weeks I had to wait for the results. I’m only going to make you wait a week for those, and all will be revealed in our next Wednesday newsletter.

Have you had your dog’s DNA tested, or yours? What was your experience, and were there any surprises? Let us know in the comments! You can find Sheeba’s DNA test results here.

Longest Living Dog Breeds One of the best predictors of a long, happy canine life...
January 10, 2017

The Secret Of Gray Hounds

If you’ve ever had a senior dog, you may have noticed that they got a...

10 Of The Smartest Dog Breeds