The Irwin Family Has Treated More Than 90,000 Animals Injured In The Australian Bushfires 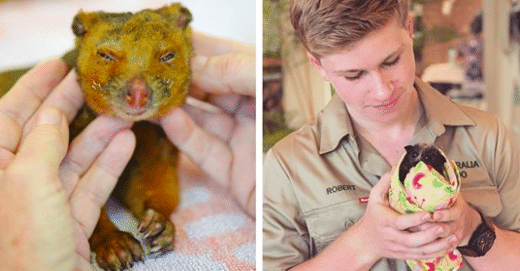 Dozens upon dozens of animals have been caught up in the devastation that is Australia’s bushfires. Millions have died as a result of the flames, and even more are fighting for their lives amid the destruction of their natural habitat.

University of Sydney ecologists have recently estimated that in the past three months, around 480 million animals have most likely perished.

Rescue efforts have also been putting a major strain on local charities and zoos. Bindi Irwin, the daughter of Steve Irwin, has revealed that both she and the staff at the Australia Zoo, have been treating a record number of injured and traumatized animals.

With so many devastating fires within Australia, my heart breaks for the people and wildlife who have lost so much. I wanted to let you know that we are SAFE. There are no fires near us @AustraliaZoo or our conservation properties. Our Wildlife Hospital is busier than ever though, having officially treated over 90,000 patients. My parents dedicated our Australia Zoo Wildlife Hospital to my beautiful grandmother. We will continue to honour her by being Wildlife Warriors and saving as many lives as we can. 💙🙏🏼

The 21-year-old posted on Instagram, “With so many devastating fires within Australia, my heart breaks for the people and wildlife who have lost so much. I wanted to let you know that we are SAFE. There are no fires near us @AustraliaZoo or our conservation properties. Our Wildlife Hospital is busier than ever though, having officially treated over 90,000 patients. My parents dedicated our Australia Zoo Wildlife Hospital to my beautiful grandmother. We will continue to honor her by being Wildlife Warriors and saving as many lives as we can.”

This post follows in the wake of a distressing video that shows dozens of kangaroos fleeing for their lives in the face of the bush fires.

Kangaroos appear to be fleeing from the bush fires

Video showed kangaroos running in an open field, away from the bushfire and smoke in Australia.Video credit: Mitchell Lyons

The kangaroos are seeing on the grasslands near the New South Wales village of Bredbo, desperately searching for a safe passage to escape the flames.

According to Lyons, the closest bush fire was roughly six miles away from the land where the kangaroos were hopping over, so he believes that they were coming out “to stop for a drink.”

While wildlife rescue services have managed to help save some of the kangaroos and treat them for burns on their feet pads, there are many wildlife experts who have estimated that millions of animals have been killed by the bush fires ravaging Australia.

Blossom the possum was admitted to the #AustraliaZoo Wildlife Hospital after being caught in one of the bushfires burning in other parts of Queensland. We have such an incredible team who work day and night to protect gorgeous animals like Blossom. Devastatingly this beautiful girl didn’t make it even after working so hard to save her life. I want to thank you for your kind words and support. This is the heart-wrenching truth, every day is a battle to stand up and speak for those who cannot speak for themselves. Now more than ever we need to work together to make a difference and protect our Mother Earth. For more on how you can become a Wildlife Warrior visit www.wildlifewarriors.org 💙🙏🏼

There are many species who have been affected, such as kangaroos, koalas, wallabies, possums, wombats, and echidnas. But the koalas are believed to be the ones most affected, with an estimated 30% of just one koala colony on the country’s northeast coast thought to have perished.

Besides the dangers posed by the fires themselves, the inferno has also caused hazardous levels of smoke to be released into the air – even affecting people hundreds of miles away!

On New Year’s Day, readings at one Australian Capital Territory clocked an air quality index reading at a shocking 4,650. To put it into perspective, when the AQI goes above 200, that is already considered dangerous.

The reading from Monash was much, much higher than other cities around the world with poor air quality like Delhi and Kolkata – who only register in the 400s. In other places in the Australian Capital Territory, Civic registered 3,436 and Florey was at 3,508.

All our prayers are with the animals of Australia right now.

Question from Jesica Mcauliff: I have a 3-month-old pit bull/boxer mix puppy that my husband...
October 30, 2019

The Catalburun is one of only three dog breeds that possess the split nose feature... 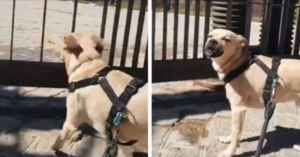 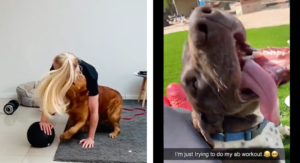 Dogs Are Refusing To Let Their Humans Workout At Home 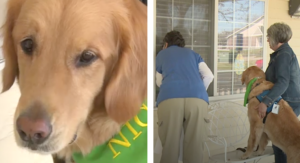 Dog Provides Comfort Through The Windows At Senior Living Center