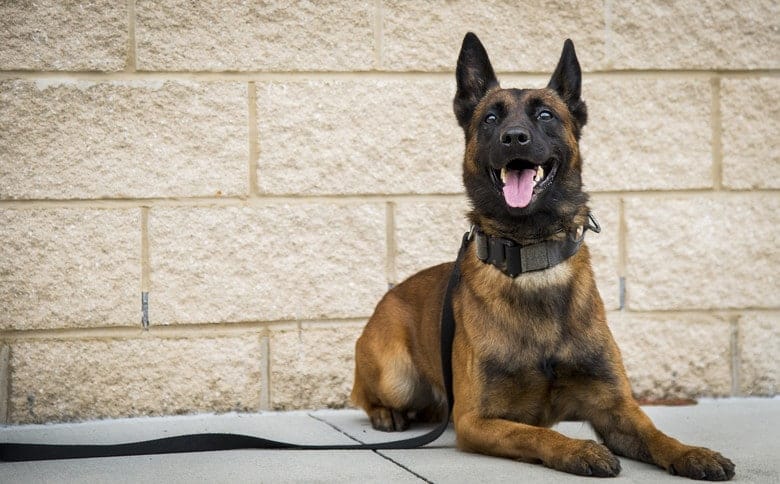 From security to rescue work to law enforcement, many of today’s professionals are aided by intelligent, loyal, and physically hardy dogs. A lot of these pups are working dog breeds that have been cultivated over time to perform specialized services where their large size is a benefit.

Because of their size, these dogs may be less suitable for some households. Working dogs often become restless without regular work or other forms of mental and physical stimulation. Families who intend to adopt a working breed must train the dog from a young age, although the dog will still require a great deal of regular attention and physical activity. Otherwise, they may engage in destructive behavior or become lethargic and depressed.

Despite their specific needs, working dog breeds can make a great pet for the right household. In addition to physical strength and size, working dogs are bred for loyalty, obedience, alertness, and intelligence — who doesn’t want those traits in their family dog?

This strong, bright, active, and agile breed comfortably straddles the categories of working dog and pet. Originally bred in Germany for hunting and guarding, boxers are not an aggressive breed, but they do have a strong protective instinct.

Also called Pyrenean mountain dogs, these huge dogs are “gentle giants” toward their owners — but have a fierce protective streak. Originally bred as livestock guards, Pyrenees dogs are intelligent, loyal, and courageous, making them excellent guards of property and people.

Over the years, the term “Doberman” has become synonymous with “guard dog.” Doberman Pinschers — and the closely related German Pinscher — have a reputation as aggressive and even vicious guardians. Though they can certainly provide an intimidating defense, with proper training and attention these dogs can also be loving, affectionate family dogs.

Another famous guard dog, Rottweilers are powerful and renowned for their endurance. Some evidence suggests that ancestors of modern Rottweilers were used to guard livestock as far back as Ancient Rome. Though Rottweilers are also typically associated with more aggressive jobs like police and military work, as a whole this breed is even-tempered and intelligent, making them excellent pets for active and dedicated owners.

Eskimo and Siberian huskies — along with Alaskan malamutes — are quintessential sled dogs. Their speed, strength, and endurance allows them to carry loads over great distances in subzero temperatures. Though dogsleds are rarely used for work today, these working dog breeds have a long history of being used to travel, and huskies are still used for recreational dogsled races.

Akitas are a large and powerful breed. The bloodline stretches back to early Japanese history, where having a member of this dominating and loyal breed was regarded as a sign of status. Though Akitas tend to be reserved and independent, their loyalty and fearlessness as guard dogs is legendary, and trainers who put in the time and effort will reap the benefits.

Bloodhounds are renowned for their tracking ability — so much so that the term “bloodhound” has entered the English lexicon to describe single-minded and skillful investigation prowess. They are so skilled at tracking that testimony based on the dog’s man-trailing results are admissible in most courts of law. The family line of bloodhounds can be traced back to medieval France, where the breed was used to track wild game.

Though not classified strictly as a “working dog” by the AKC, golden retrievers are utilized in so many jobs — from law enforcement and search-and-rescue to therapy and service tasks — that they warrant special mention. Their high intelligence, combined with their boundless enthusiasm and good nature, make this breed a popular choice for families and working professionals alike.

German shepherds are the hallmark K-9 unit police dog, although they are still a popular choice as guardians for private individuals, property, and livestock. The context of the work performed by German shepherds may unfairly brand this dog as aggressive. In reality, they are highly intelligent and obedient, although less suited for household ownership than some other breeds.

Share a photo of your working dog in the comments, and tell us what makes your pup special!

A Subject Close To Your Dog’s Heart

By Cesar Millan This week is the beginning of spring for my fans north of...
June 18, 2015

Brian posing with Nash. By Brian Fischler We went to a nice little town today...
June 18, 2015

4 Benefits Of A Dog Muzzle

Whether you have an aggressive dog or not, it’s a good idea to get them... 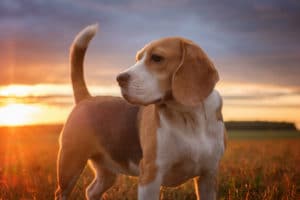 The History Of Beagles 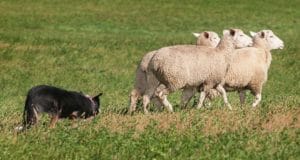