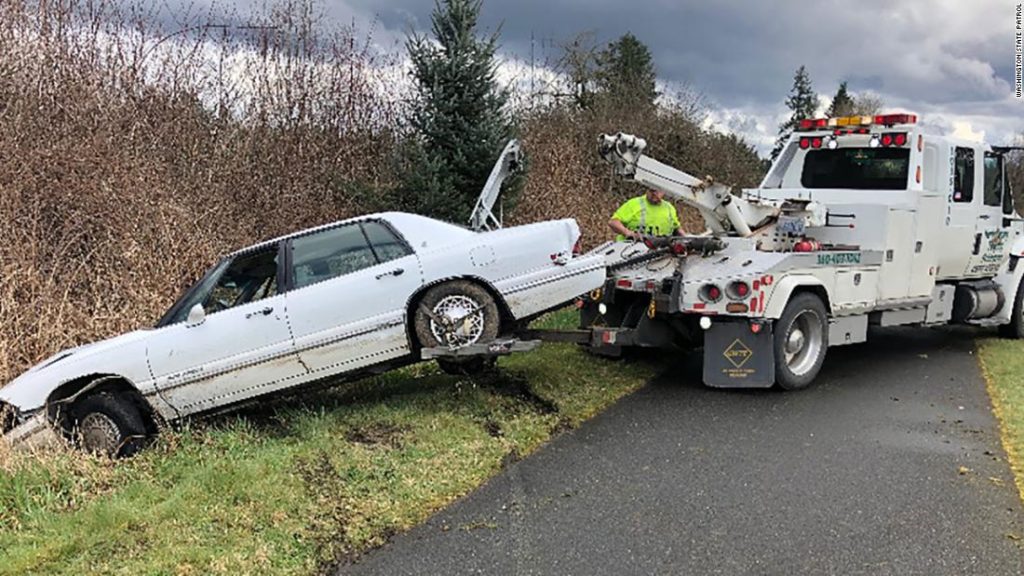 Just when you think this world can’t get any crazier, there breaks a story about a man who led a high-speed chase with his dog behind the wheel. As a Washington State Trooper revealed, the man was arrested following the incident.

According to reports, officers went on a 100mph chase after the man – finally bringing the whole ordeal to a grinding halt with the use of their spike strips. When police went to arrest the man, they discovered that there was a pit bull behind the wheel of the car.

As it turns out, as State Trooper Heather Axtman ended up commenting that when he was arrested, he told the police that he had been trying to teach his dog how to drive – yeah, we doubt the police bought it either.

Atman said to CNN, “He was driving very erratically. So erratically that multiple people called 911.”

Police responded to the erratic driving call, only to end up being led on a “recklessly” high-speed chase.

At one point, when police were attempting to corner the car in order to stop it, one of the troopers spotted what appeared to be a dog in the driver’s seat while the man was steering.

In an effort to stop the chase before it got out of control and hurt people, the police used their spike strips – a feat that Axtman described as “nothing shy of miraculous.”

Axtman then added, “I wish I could make this up. I’ve been a trooper for almost 12 years and wow, I’ve never heard this excuse. I’ve been in a lot of high-speed chases, I’ve stopped a lot of cars, and never have I gotten an excuse that they were teaching their dog how to drive.”

The arrested man was from Lakewood, Washington, and he was slapped with the charges of reckless endangerment, hit and run, driving under the influence, as well as felony eluding.

As far as the dog, Axtman said that she was a “very sweet girl.” And that sweetheart was then taken to the local animal shelter.

Surprisingly, this wasn’t the first time that a headline sprang up featuring an incident involving a dog behind the wheel. In fact, everyone probably remembers the Florida dog who ended up doing donuts from behind the wheel of a grey Sudan.

As the dog’s neighbor, Anna Sabol amusingly revealed, “It was weird, I figured ‘how the heck did they manage to do that’. He was a better driver than a lot of them I’ve seen. Then I saw another cop car and another cop car. I laughed, I thought they should give the dog a licence to drive.”

How do dogs experience the death of fellow dogs? Corey Kooken, the human companion of

How To Crate Your Dog For Travel

Cesar talks to Marlo Thomas about how to crate your dog for travel. Watch Cesar's

Yes, it’s that time of year. But cleaning doesn’t have to be a chore if

Street Dog Comforts ‘Injured’ Performer That Was Just Faking It