Home » Cesar On TV » Leader of the Pack

Leader of the Pack

‘Leader Of The Pack’ Episode 4: Miles To Go

A stray all his life in southern Italy, mixed breed Miles was being taken care of by an American family, but they are returning home and can’t take Miles along, so Jane and Becca, two of his temporary caretakers, have asked Cesar to help find him a forever home. Cesar determines that this old dog has a lot of wisdom. Miles knows what he wants, but he also has some issues. As a stray, he has developed food aggression in order to survive. Cesar will have to change Miles’s approach to food if he going to live in a home 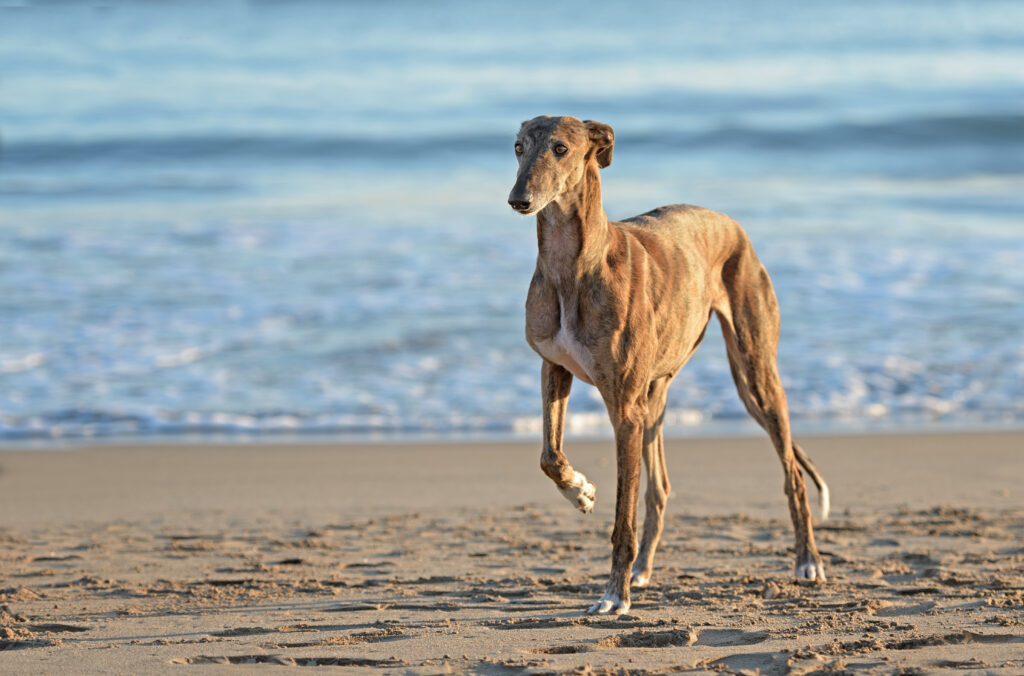 ‘Leader Of The Pack’ Episode 5: A Friend For Amigo

Galgos, or Spanish greyhounds, are bred for hunting. Unfortunately, when they have outlived their usefulness as hunters, they are often abandoned or killed. Amigo had been abandoned when a well-intentioned woman in the Netherlands rescued him via online adoption from a shelter in Spain, but they turned out to not be a good match. Training an Aggressive Dog She was not a strong leader and Amigo became dog-aggressive to the point that he had to be muzzled. Realizing she could not handle him, the woman sent Amigo back to Spain. Now it’s up to Cesar to find a Leader of

Rosie is a Staffordshire bull terrier, a breed lumped in with pit bulls and given a bad reputation because of irresponsible owners. Cesar believes that all dogs, including Rosie, deserve a second chance — and third, and fourth — and in this episode of “Leader of the Pack,” he sets out to show that it’s not about the breed of the dog, but about the human in charge. Rosie was taken in by Animal Helpline Dog Rescue and has been in and out of the shelter a few times, developing some bad habits over the years. One of those habits

‘Leader Of The Pack’ Episode 7: Once Bitten

Many dogs are bred as working dogs, but problems arise when those dogs are not given a task. This is a story of a distressed dog without a job and without a home. Her name is Janna. A four year old female Belgian Malinois that was picked up as a stray and re-homed three years ago, she was brought her back to the shelter in Holland after the death of her elderly owner. Highly stressed because of her return to incarceration and lack of purpose, she has developed an abnormal self-mutilation behavior, biting herself until she bleeds. Janna needs an

Mambo, a seven year-old neutered Jack Russell terrier mix, was originally found on the streets as a stray. He lived with — and was treated like a king by — an older couple for a few years, until he showed aggression toward their grandchildren. Now Mambo is an old, homeless mutt with a really spoiled attitude. Mambo is currently at the Enschede Shelter in Holland, where one of the caretakers, Rudd, is very concerned about his future. Mambo’s attitude is keeping him from being adopted. He’s stressed out and has become destructive, and is very unpopular with the other dogs.

This is the story of a cute little puppy with a bad attitude. Dora is an adorable Yorkshire mix puppy that doesn’t have a family. There’s one big problem: she’s a little brat. Dora is dog aggressive, has no manners; and even though she’s small, she can be very pushy. Dora needs a leader who can give her rules, boundaries and limitations. Cesar Millan comes to the rescue! When Dora arrived at Birmingham Dog Home, everybody fell in love with her right away. How could they not? She’s a small, cute Yorkshire mix puppy with no family. However, no one

‘Leader Of The Pack’ Episode 10: Too Much Mojo

Mojo is just a giant puppy without boundaries or limitations, but this German shepherd’s size and frustration lead him to destroying everything when he’s left alone, and he’s become aggressive toward other dogs. Cesar will have to teach Mojo how to behave before he can determine who should be his new Leader of the Pack. Cesar Evaluates Mojo Placed in a home one month after arriving at the shelter in Holland as a stray, Mojo was soon returned because he was too hard to handle, so his caretakers, Amanda and Erik, have asked for help. Cesar evaluates Mojo, and determines

Turbo the two year-old shepherd mix has been in the shelter for three months, unwanted. He has been labeled as cage aggressive, hyperactively barking at people and dogs and running around his kennel in a frenzy. He was rescued from a house where he had been chained for twenty-four hours a day for most of his life, so he doesn’t know what it’s like to run free or go for a walk. His shelter caretaker, Eva, has asked Cesar to help find Turbo a family who can teach him what it’s like to be a loyal, calm, and social dog.

Sophia was rescued by Italian authorities from a man who was illegally keeping twelve dogs in substandard conditions. Incarcerated in a shelter for most of her life, Sophia never learned to socialize or trust people. She is terrified of everything, and when a human tries to approach her, she collapses in fear. She spends most of her time hiding in her kennel, and has to be carried out by two shelter workers when they want her to leave the building. Dogs like this are rarely adopted because nobody sees them, which is a shame, because Sophia is definitely not aggressive

Power Of The Pack

By Cesar Millan America recently celebrated Memorial Day, which is a national holiday for remembering all of the members of the armed forces who have died in service. But it’s also a reminder of the military dogs that have served with — and sometimes died with — armed forces everywhere, whether as company mascots, doing search and rescue or bomb sniffing, or as service and therapy dogs. Dogs have been used by armies since at least the time of ancient Egypt if not before, and they are a very good fit with soldiers. In fact, I would say that the