Season 7 | Episode 1 | Bebe and Lola When Bob Haueter brought Bebe home for his daughter Kim, he thought they would have another perfect pet like their Golden Retriever/Lab mix Sadie. But the English Bulldog had her own agenda. Bebe soon turned against Sadie, so Bob and Kim had to keep them separated. Only, Bebe didn’t stop there. She attacked the mini-blinds on the windows and ripped through all of the lampshades that were in reach. After replacing at least a dozen lampshades and drawing the blinds on all of the windows, Bob and Kim have had enough. 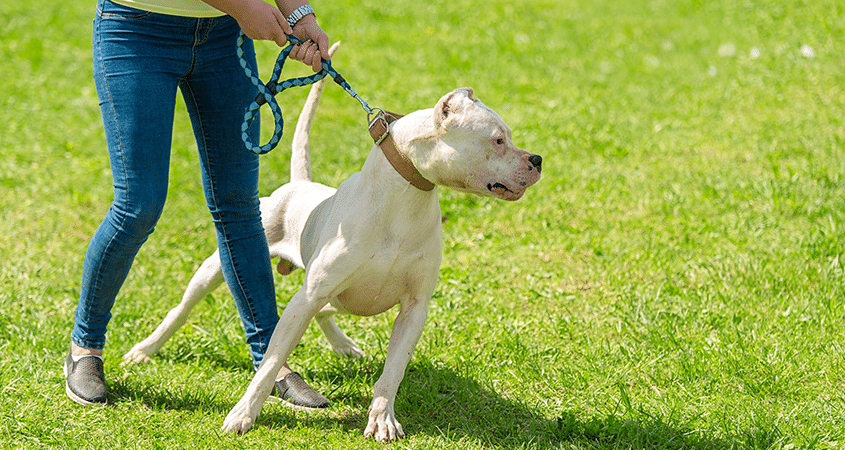 From The Vault: Cesar Millan vs. Cartman

By Cesar Millan I knew I made it big when South Park aired their “Tsst” episode in May, 2006, and Cartman’s mom brought in an expert to help her control her son – me. The crowds at my live shows always enjoy this clip, and I hope you will, too.       0

This is the story of a cute little puppy with a bad attitude. Dora is an adorable Yorkshire mix puppy that doesn’t have a family. There’s one big problem: she’s a little brat. Dora is dog aggressive, has no manners; and even though she’s small, she can be very pushy. Dora needs a leader who can give her rules, boundaries and limitations. Cesar Millan comes to the rescue! When Dora arrived at Birmingham Dog Home, everybody fell in love with her right away. How could they not? She’s a small, cute Yorkshire mix puppy with no family. However, no one

After more than 150 episodes, thousands of audition tapes and hundreds of successful rehabilitations, the ninth and final season of the “Dog Whisperer” with Cesar Millan featured 12 all-new episodes and was jam packed with the biggest stars, most exciting destinations and the fastest cars ever featured on the series. And, of course, dogs. Lots and lots of dogs. Dog Whisperer with Cesar Millan: Horrible Hounds of the UK Cesar travels to the United Kingdom to help troubled dog owners and their less than proper pooches. Dominic, a thoughtful 17 year old has had one too many out-of-control walks with

‘Leader Of The Pack’ Episode 10: Too Much Mojo

Mojo is just a giant puppy without boundaries or limitations, but this German shepherd’s size and frustration lead him to destroying everything when he’s left alone, and he’s become aggressive toward other dogs. Cesar will have to teach Mojo how to behave before he can determine who should be his new Leader of the Pack. Placed in a home one month after arriving at the shelter in Holland as a stray, Mojo was soon returned because he was too hard to handle, so his caretakers, Amanda and Erik, have asked for help. Cesar evaluates Mojo, and determines that he isn’t 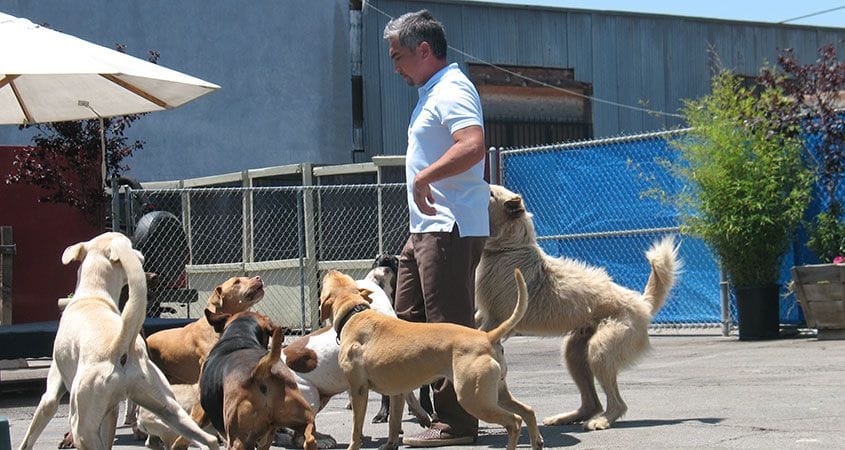 Cesar Shares His Greatest Moments As The “Dog Whisperer”

I always wanted a TV show because TV was the largest platform to reach people. I was training dogs — sometimes thirty dogs at a time — and I realized that if I was ever going to make an impact with my life, I would have to find a way to reach more people. TV was my only option, but there were many obstacles… I could not speak English very well. I didn’t know anyone in Hollywood. And I didn’t have any money. Slowly, all these obstacles were eliminated. Will Smith and Jada Pinkett Smith became my clients. Jada paid

Turbo the two year-old shepherd mix has been in the shelter for three months, unwanted. He has been labeled as cage aggressive, hyperactively barking at people and dogs and running around his kennel in a frenzy. He was rescued from a house where he had been chained for twenty-four hours a day for most of his life, so he doesn’t know what it’s like to run free or go for a walk. His shelter caretaker, Eva, has asked Cesar to help find Turbo a family who can teach him what it’s like to be a loyal, calm, and social dog.

Here’s A Look Back At The Beginning Of ‘Dog Whisperer’

After one hundred and seventy episodes and over four hundred dogs and their people helped, “Dog Whisperer with Cesar Millan” came to a very successful end. It all began eight years earlier, and here’s a look back at the very first episode. In Cesar’s first TV case, we met NuNu the Chihuahua, an adorable, pint-sized hellion. Fiercely territorial, NuNu let no one near his owner Tina, not even Tina’s housemate, Barclay, the one who convinced Tina to bring the dog home from the rescue shelter. Cesar also helps with Kane, a dog that has had a fear of shiny floors

Sophia was rescued by Italian authorities from a man who was illegally keeping twelve dogs in substandard conditions. Incarcerated in a shelter for most of her life, Sophia never learned to socialize or trust people. She is terrified of everything, and when a human tries to approach her, she collapses in fear. She spends most of her time hiding in her kennel, and has to be carried out by two shelter workers when they want her to leave the building. Dogs like this are rarely adopted because nobody sees them, which is a shame, because Sophia is definitely not aggressive

Cesar Shares His Life Story, Including The Ups And Downs

Cesar Millan holds nothing back when discussing the good, the bad and the ugly as he reflects on his personal life story in the one-hour biopic, “Cesar Millan: The Real Story.” The documentary features the comprehensive, behind-the-scenes story of Millan’s incredible rise from poverty to fame. The one-hour special follows Cesar’s incredible rise from impoverished illegal immigrant to celebrity dog trainer to international superstar. The cameras roll as he embarks on his latest Cesar LIVE world speaking seminar, begins filming his Nat Geo WILD television series “Leader of the Pack” in Spain, and leads thousands of dogs and owners on