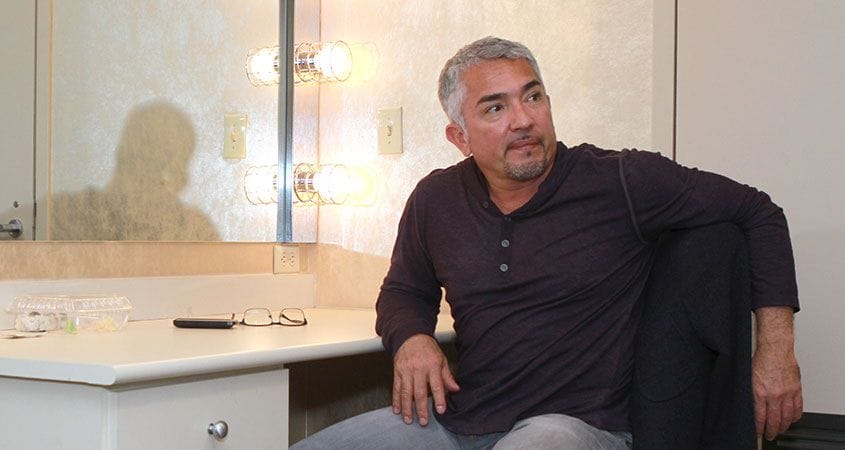 Mirrors have long been associated with the truth, whether it’s Harry Potter’s Mirror of Erised showing people who look into it their sincerest wishes, or the magic mirror on the Evil Queen’s wall that tells her Snow White is the fairest of them all, leading to all kinds of trouble. This connection is made clear in the lyrics to a very popular song written by Marco Antonio Solis: “El espejo no miente,” which is Spanish for “the mirror doesn’t lie.” Another way to put it is that a mirror only reflects the truth. Lucky for us, when we have dogs, 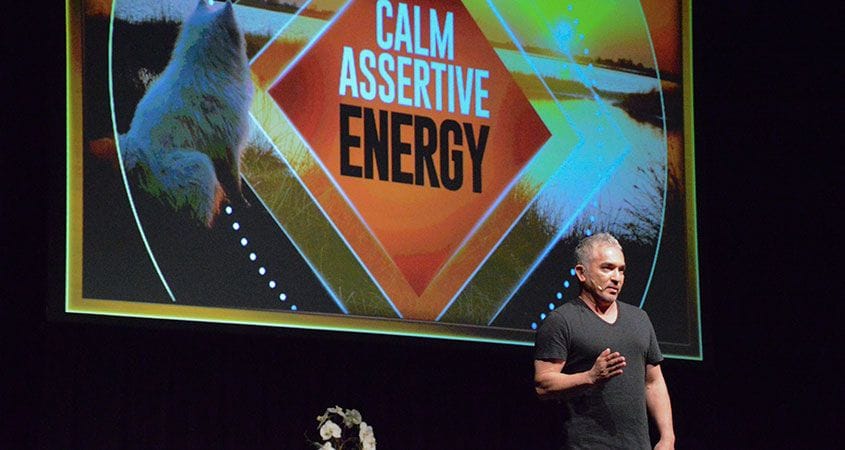 I often say that dogs can be our greatest teachers, with so many lessons for us, but only once we learn how to listen to what they’re telling us. They can teach us how to respect each other, how to accept and forgive, how to bounce back from adversity, and much more. But the most important lesson is also the one that I see people failing to learn all the time. More than anything, your dog wants you to learn how to be a good leader, but you may be letting her down. One of the biggest causes of dog 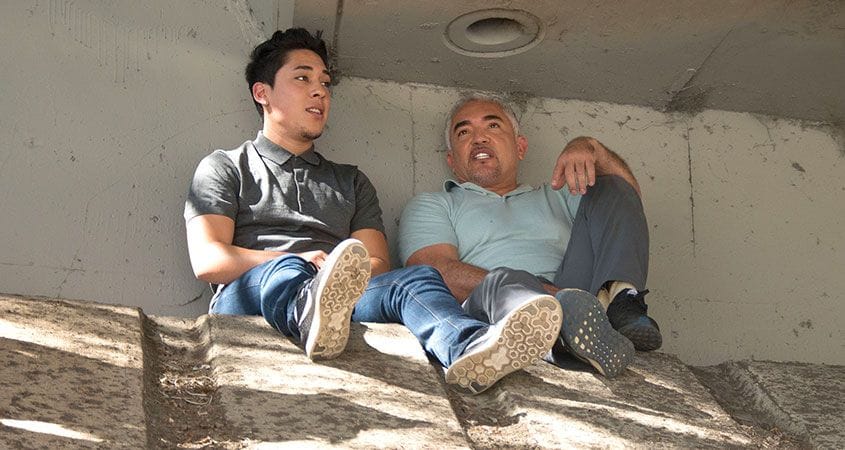 A Tale From Two Cities

On the most recent episode of my new show “Cesar Millan’s Dog Nation,” my son Andre and I went down to San Diego and, while we were there, dropped in to help a rescue organization and shelter in Tijuana, Mexico. The two cities are so close that they pretty much touch each other.   But they are also very far apart because they’re in two different countries, which did make it a little bit more complicated to film a TV show. Personally, I would love a world without borders of any kind between us — physical, intellectual, or spiritual. But, 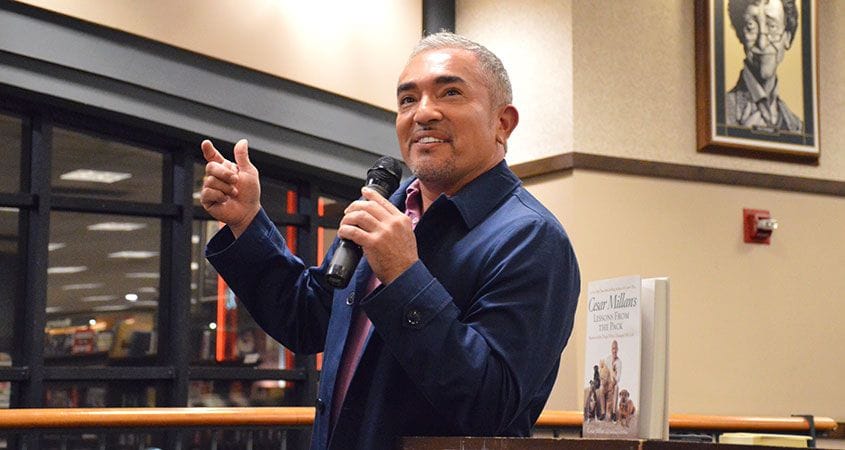 Be the Pack Leader

In my new book “Lessons from the Pack,” one of the things I wrote is this: “The building blocks of pack leadership are respect and trust, not fear and domination.” How dogs teach us to respect is the lesson of the first chapter, and I cannot emphasize it enough. If your dog doesn’t trust you, she’ll never respect you. Without those, she won’t follow you because you aren’t leading. People who try to use fear and domination on their dogs may think they have loyal, obedient animals, but they don’t. At the very least, this kind of style will create

A lot of people are under the impression that dogs can only see in black and white. When it comes to actual vision, this isn’t quite true — dogs have limited color vision, similar to humans with red-green colorblindness. They’re particularly good at seeing shades of blue, although they don’t have the same range when it comes to seeing shades of gray. When it comes to a dog’s metaphorical vision, though, they do live in a world that is entirely black and white. You’ve probably known or met at least one person who seems to be hated by all dogs. 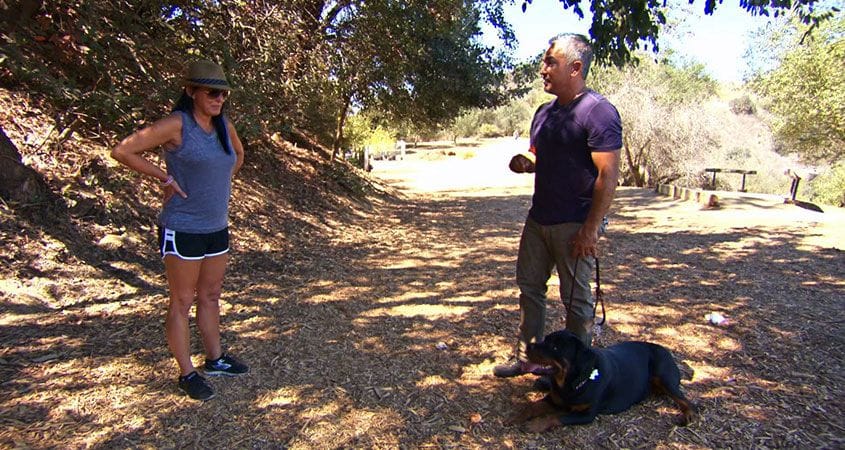 In this latest installment of our video series “Chance Encounters,” Cesar finds a woman whose Rottweiler picks up any bit of trash he finds on the ground during the walk. Trying brute force to stop him only makes it worse, but Cesar has his own technique that solves the problem with very little effort. Check it out in the video below. 0 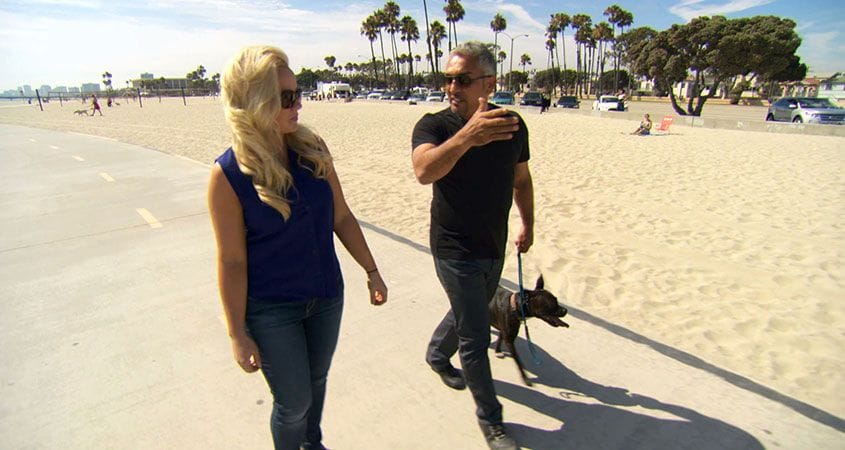 A Day At The Beach: Controlling Your Dog’s Excitement

How does your dog react when she sees another dog on the walk? If she pulls or gets excited, it can turn a pleasant experience into a nightmare and earn you and your dog a bad reputation. It isn’t such a difficult problem to solve, though. In the second installment of “Chance Encounters with Cesar Millan,” an excitable dog named Penny and her human get a lesson in calming a dog down as Cesar drops in on them in Long Beach, California. We also learn how to choose the training tool that’s right for you. Have you tried Cesar’s technique? 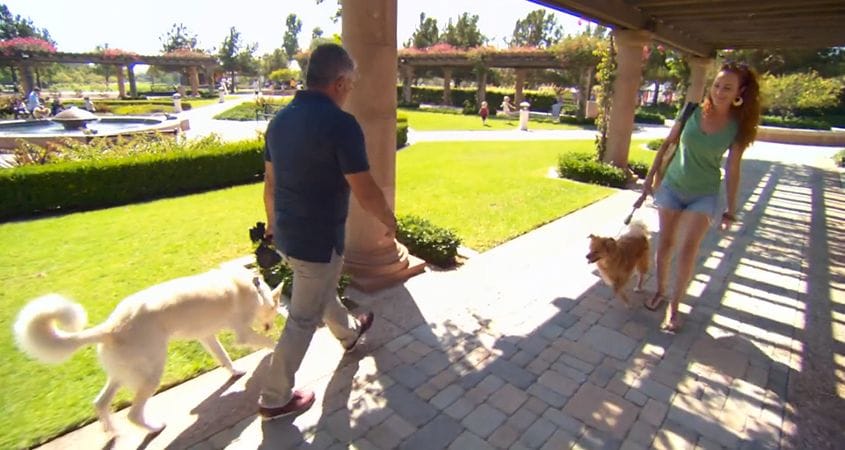 Passing Fancy: Controlling Your Dog On The Walk [VIDEO]

You’ve probably seen or experienced it many times. Two dog-walkers approach each other and, when they try to pass, their dogs go out of control, showing either too much excitement or too much aggression. If doesn’t have to happen like this, though, and only takes a few simple steps to avoid. In the first of our “Chance Encounters with Cesar Millan” video series, below, Cesar visits an Orange County park and teaches some unsuspecting humans how to get their dogs to pass each other calmly. Does your dog pull you on the walk? The Pack Leader Collar is designed to 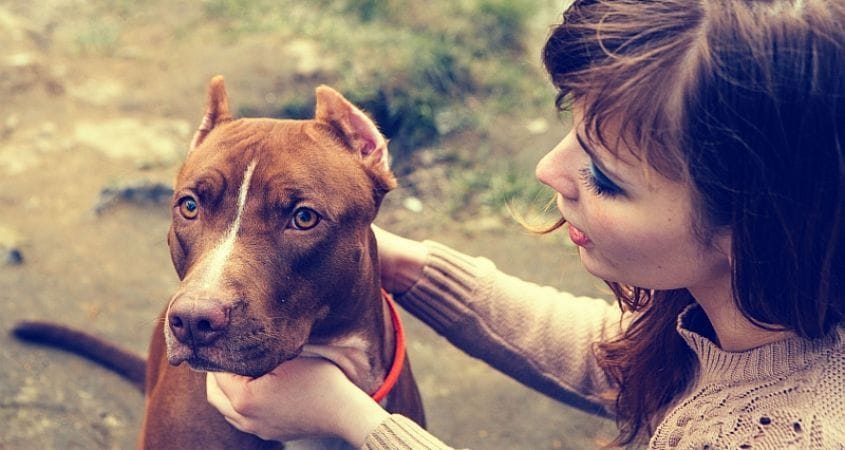 ‘To dogs,’ says Cesar, ‘energy is everything.’ Because dogs communicate with energy, our personal energy plays a central role in our relationship with them. Dogs are our mirrors, reflecting back in their behavior the energy we express. If we are hyperactive and over-excited, our dogs will be the same; if we are tense and angry, our dogs will be anxious. Unlike humans, dogs will not follow unstable energy. They instinctually seek and follow pack leaders who exhibit calm and assertive energy. When dogs live with a human who does not fill this role, they will attempt to correct the pack 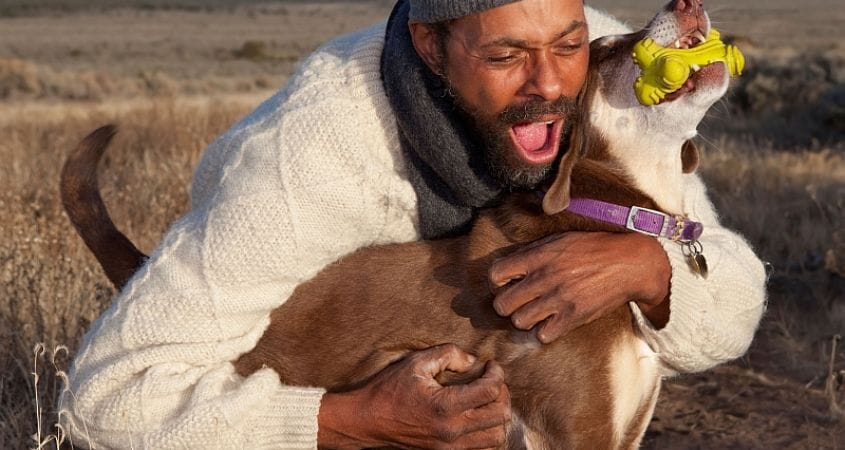 A balanced dog is one that is fulfilled in all three aspects of its being: body, mind, and heart. In nature, dogs instinctively find that balance. When dogs live in the human world, however, it’s up to us to ensure that they get that balance. Humans and dogs both have instinctual, intellectual and emotional dimensions. We humans live in a world where intellect and emotions are primary, while our instinctual side is less important. For dogs, it’s the other way around. They live in an instinctual world where their intellect and emotions are secondary. When we relate to our dogs