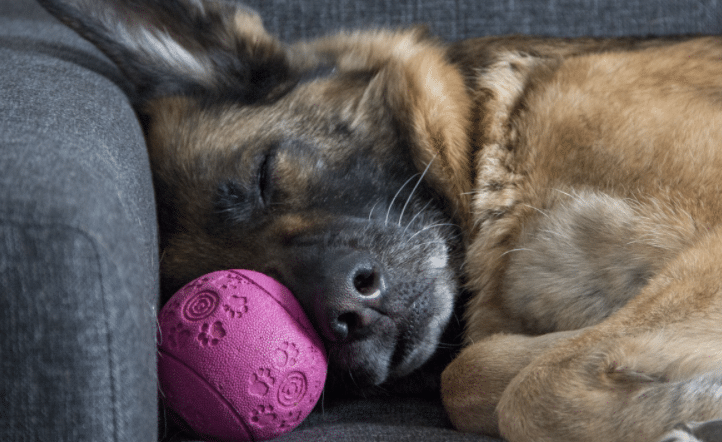 Dogs are the furry members of our families that bring us endless amounts of love and joy. Unfortunately, they don’t have lifespans that are as long as humans. And when it is their time to pass on, it always leaves a devastating hole in our hearts and our homes. Dealing with the loss of a beloved pet is always hard. And those who own pets often feel like they’re burdening the grief alone because it’s not something that is easily understood by those people who’ve never had a pet of their own.  While it is never easy to process the 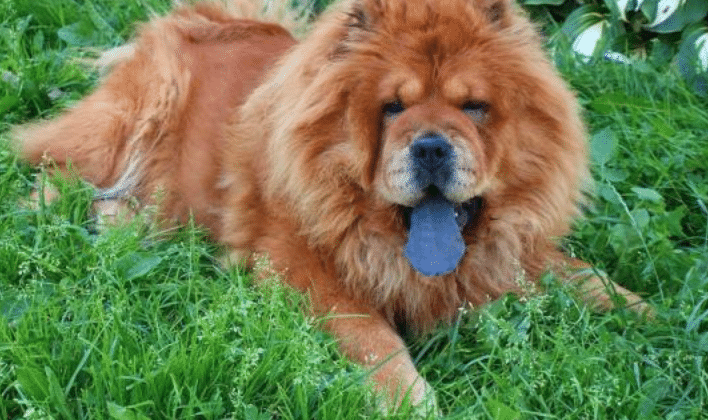 Most dogs have soft pink tongues that feel like wet erasers when they cover us in their kisses. But there are several different dog breeds that don’t have the typical pink tongue. Instead, they have dark blue or black tongues. These dogs are typically the Chow Chow dogs. There are other dog breeds that have dark spots on their tongues which has led to many speculating that these dogs probably have some amount of Chow in their DNA, but that’s not necessarily the case. Other dogs that have black or blue tongues, or spotted tongues and gums are breeds such 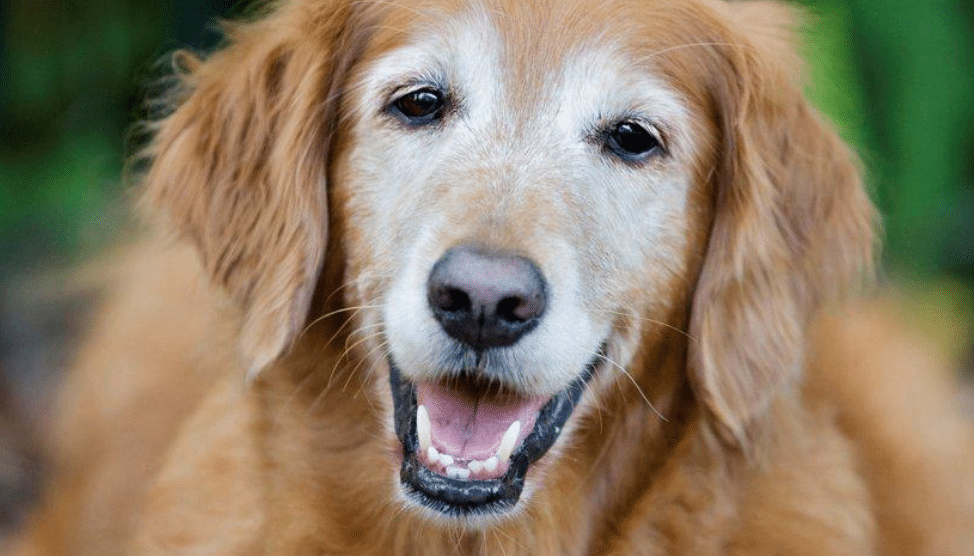 Our dogs are perfect to us. There is nothing about them that we don’t love. But if we had to identify one single flaw about our dogs it’s probably something that isn’t even within their control. And that would be their age. While humans can live for 80 years or more, the sad reality is that our dogs’ lifespans are much shorter. And that makes us sad because it means that they won’t be around forever.  On average or dogs will live to be between the ages of 10 to 18 years. Their lifespans are also factored by their breed, 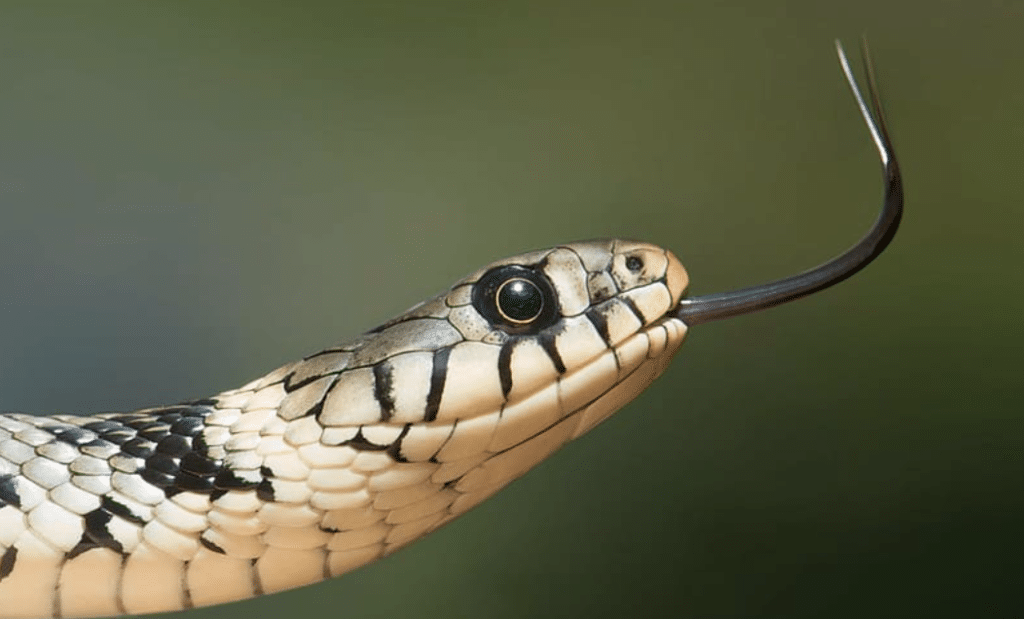 Why Dogs Are More Vulnerable To Snake Bites Than Cats

Our dogs are our best friends. We try to do everything within our power to keep them safe. But sometimes we can’t always anticipate the dangers that might be hiding in our own back yards, such as snakes. When it comes to venomous snakes, we can’t always see them coming. And unfortunately, there are occasions where our furry friends end up coming in contact with them. Surprisingly, there is scientific evidence to show that when it comes to snake bites it is out cats who are more than likely to survive, while our dogs may not.  Dr.  Bryan Fry and Christina 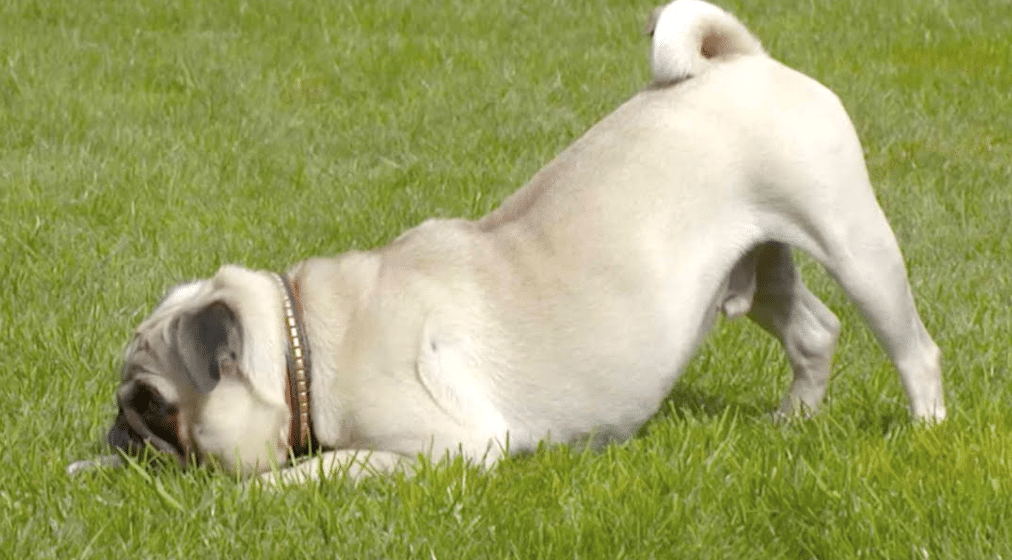 Why Do Dogs Bow?

Dogs do all kinds of strange things. One of them is “bowing.” As dog owners, we’ve probably seen our pups do the bow when they’re feeling playful. And when it’s cute and certainly points to them wanting to have fun, there is meaning behind the gesture. If you’ve been wondering what is behind the position, then you’ll be happy to know that there is an explanation.  The bow is most commonly referred to as the “play bow” since it best expresses how they’re feeling. The bow is a common body language gesture that dogs use as communication. This playful gesture 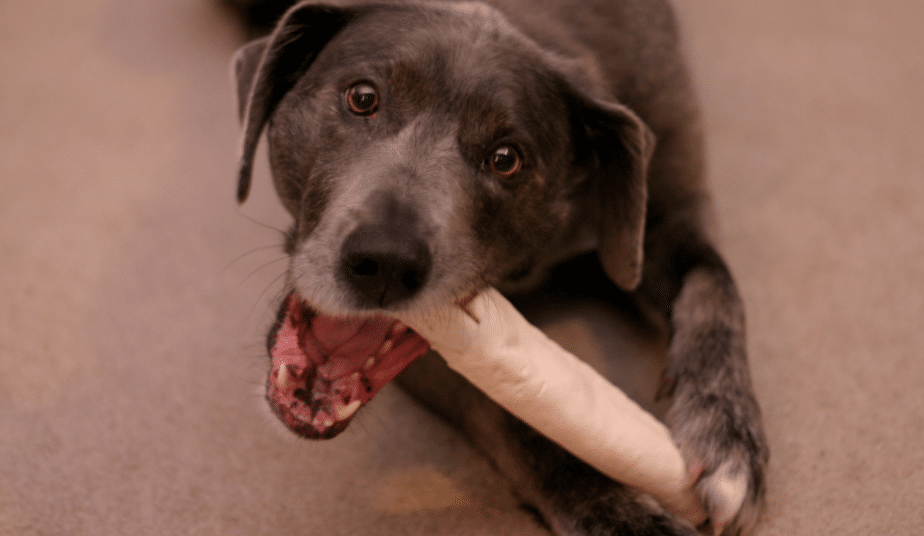 A dog and their bone. It’s a love story as old as time. Dogs love to chew on things. Usually, it’s bones or chew toys that we buy them, sometimes it’s household items like pillows or shoes. But for the most part, we try to steer them towards bones because it’s so much better for them than our sneakers. But there are plenty of benefits for chewing on bones, as well as plenty of reasons why dogs like to chew on bones.  Some of the benefits can be nutritional value as some bones have high-calorie bone marrow in them. As 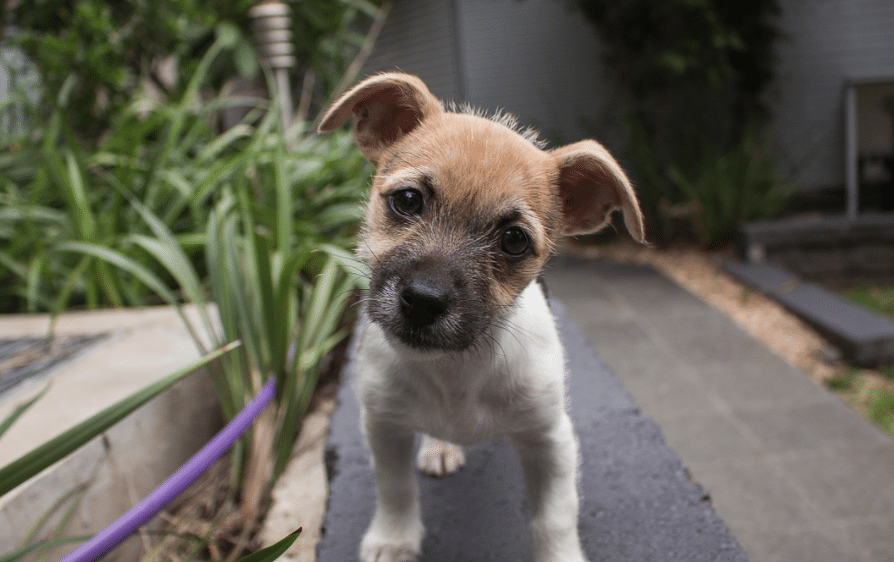 Why Do Dogs Sometimes Tilt Their Heads?

Everybody loves the doggie head tilt. You know, that adorable little head cock to the side that dogs will do whenever they seem confused by something. My dog would often do her head tilt if I was talking to her with food in my hand. It was like she was confused as to why I wasn’t sharing my food, or more accurately, why I was taking so long to give her a taste of whatever I was eating. As dog owners, we’ve all seen the cuteness that is the head tilt. But what does it mean exactly? According to experts, 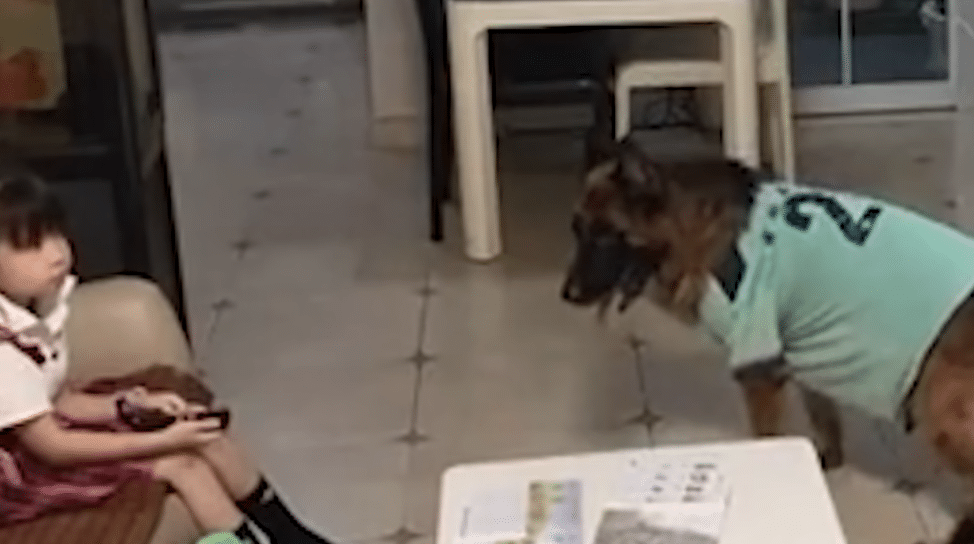 Dogs make the best of friends, especially when you’re a kid. We all remember our first dog and the adventures that we shared with them. It’s definitely a special feeling to have a bond with a beloved dog. That is something that we never forget, and we carry the fond memories with us for a long time. Even as an adult, I can still recall the good times that I spent with my dog. The times that we spent together were usually uneventful, but every so often she would be my partner in crime. But we never did anything too 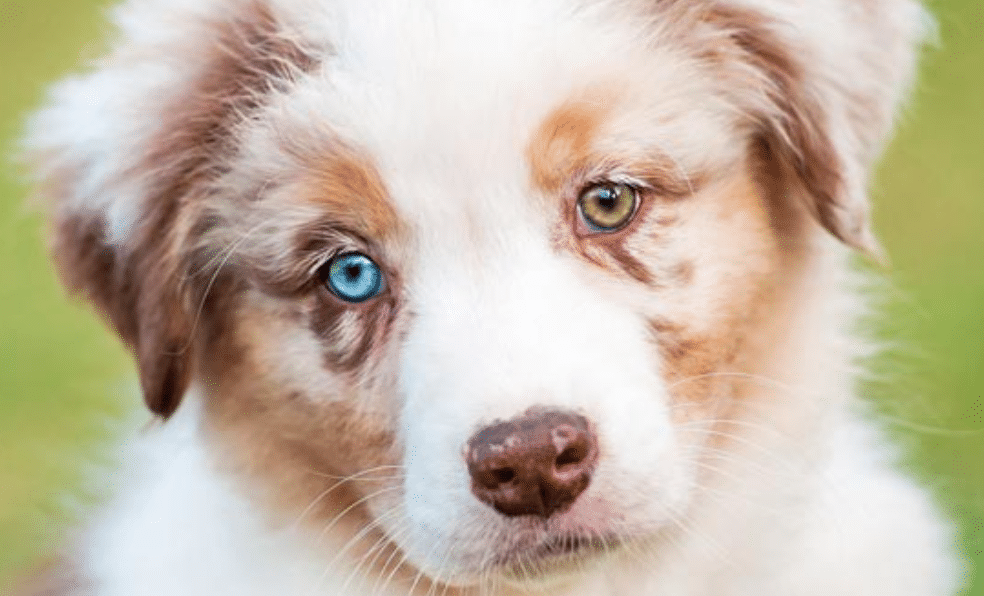 Why Do Some Dogs Have Two Different Colored Eyes?

It’s common knowledge that dogs have brown eyes. Some dogs, like Australian Shepherds or Huskies will have blue ones. But on average, all dogs have brown eyes. And they’re quite pretty too. My dad never liked to admit it, but once or twice we’d catch him singing Van Morrison’s “Brown Eyed Girl” to my dog whenever the song was on the radio. She, like many other dogs, had adorable brown eyes. But there are occasions when nature will take over and give our dogs something really special. On rare occasions, you’ll find dogs who have both blue and brown eyes 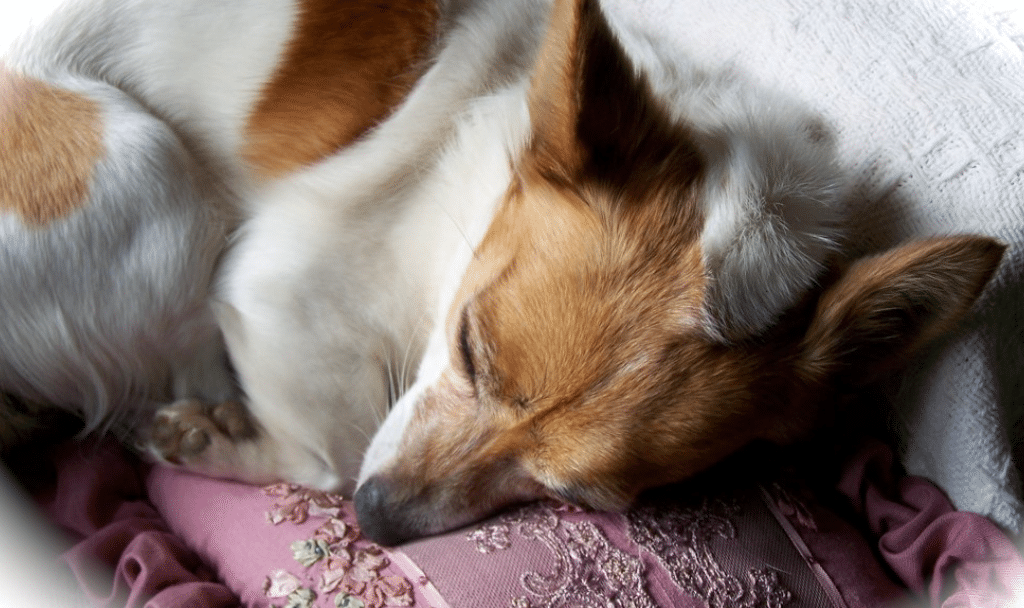 Why Dogs Curls Up Into A Ball Before Going To Sleep

There is no better evening spent than on the couch with your dog. Their warm little bodies and sweet personalities make them the best cuddle buddies ever. It’s no wonder that we will often prefer spending time with our dogs than with other people. But have you ever noticed that when your dog decides to curl up beside you, they often contort themselves into tight little balls of fur? They’ll sometimes do a circle or two around the sofa before they plant themselves on the couch and curl up into the adorable little balls that we love to photograph. And