How Dogs Have A Sixth Sense 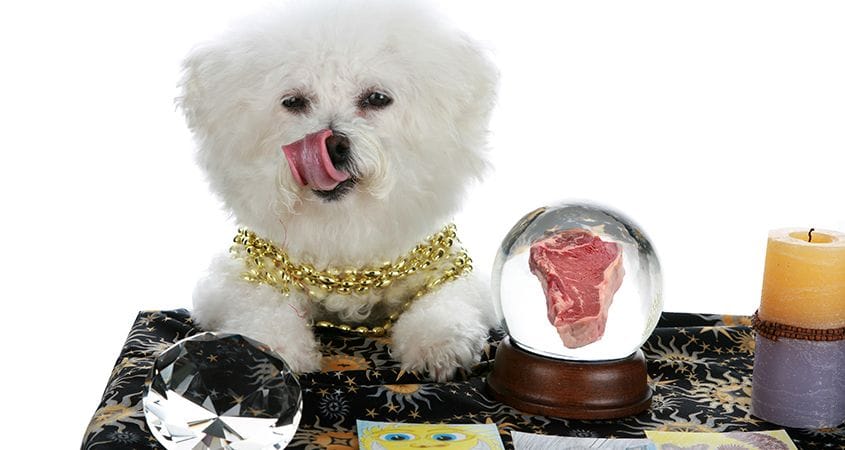 Recently, we ran a story asking whether or not dogs can read our minds, and the conclusion is that apparent canine psychic ability is an illusion. What’s really going on is that dogs are so in tune to us that they learn to predict what we’re going to do before we realize we’re even giving any signs of our intentions.

But there are other cases when dogs apparently know things well in advance that they could not possibly know — when an earthquake or storm is coming; when a human is going to have a seizure or has certain illnesses, or when a woman is going to go into labor; and even when their human has started their trip home.

All of these would seem to indicate some psychic ability or powers of telepathy, but is that really the case? Let’s look at what dogs can do, and figure out how they do it.

Dogs sensing earthquakes
There is a long-held belief about dogs’ abilities to predict earthquakes, although it’s not clear how long this has been a belief. Many websites cite a Greek historian describing dogs fleeing the city of Helice in Greece before it was destroyed by an earthquake in 373 BCE, but there are no reliable sources for this. A later Roman historian wrote in the second century BCE about rodents and insects fleeing the city, but not dogs.

Still, there are many anecdotal references to dogs acting strange in the days or hours leading up to major earthquakes, and some scientists have tried to study the phenomenon. A Japanese researcher, Dr. Kiyoshi Shimamura, looked at records of dog bites and other dog-related complaints before and after earthquakes, and noticed an 18% jump in unusual activity, like excessive barking and biting, before the 1995 Kobe temblor, although he did not make a guess as to how the dogs could predict quakes.

Stanley Coren, writing in Psychology Today, wound up accidentally compiling data on a number of dogs and their behavior before an earthquake, and he concluded that dogs must have been hearing the high frequency sounds made by rocks shifting and cracking underground before a quake.

He based his conclusion on traits of the dogs — those that were deaf showed no reaction beforehand, while those with floppy ears were less likely to show anxiety than dogs with pointy ears. Head size was also a factor. The smaller a dog’s head, the bigger a reaction they showed. Coren concluded that this is because animals with smaller heads are more sensitive to high frequency sound — although seismologists, like Sarada Sarma, say that this is unlikely because rocks underground don’t make these sounds.

The oncoming storm
Another phenomenon that people report is dogs acting strangely before an incoming storm arrives, particularly if it’s a thunderstorm or severe rain. In this case, it is likely that they’re getting information through their senses long before we do. Dogs’ noses are so sensitive that they can smell the rain long before it arrives, and possibly even ozone in the air caused by lightning strikes.

Dogs are also more sensitive to barometric pressure than humans, and may learn to associate a drop in pressure with an approaching storm, as well as hear thunder too distant for us to detect or feel vibrations from the storm through their paws. In general, the storm detecting ability of dogs would seem to be a product of their much stronger senses than ours.

Sensing human conditions
Dogs also have the ability to detect disease and other conditions in humans, as well as to predict when a woman is going to go into labor. In these cases, the secret is entirely in their noses.

Dogs can detect impending hypoglycemia or oncoming seizures entirely by smell. In both cases, a human’s body chemistry changes, as does the scent they give off. Dogs can be trained to recognize the change and give a warning in advance.

Dogs can also detect cancer through their noses, and detect it far earlier than human doctors can, again because the way the human smells changes. Finally, dogs seem to be able to detect when their pregnant human is about to go into labor, again most likely due to a combination of scent and changes in the human’s behavior.

What time is it?
Finally, many people have stories of their dogs suddenly running to wait by the door right before their human arrives home — in some cases as early as when that human has just left their workplace. An experiment conducted by Rupert Sheldrake claimed to show that one dog, Jaytee, was able to run to the door and wait when his owner was coming home, even though she came home at different times and via different forms of transportation.

Sheldrake claimed that this proved psychic ability in dogs, but a later study by Richard Wiseman et al failed to replicate Sheldrake’s results. Again, “psychic” ability came down to a dog’s senses — in this case, a combination of sense of timing and sound — and the human tendency toward confirmation bias; only seeing results that confirm a prior belief.

What that last part means is that nobody made note of how many times the dog ran to the front door when his owner wasn’t coming home, but found it significant when the timing was right. As for the timing, you’ve probably noticed that, if you have a routine schedule, your dog will mysteriously appear when it’s time for food or a walk, and try to get your attention if you miss by too much. This is because a dog’s internal clock still follows the natural rhythm of day and night, so they always have a good idea of what part of the day it is — including what time you normally come home.

Finally, just as each human has a unique scent by which dogs can identify them, cars and footsteps have a unique sound, and dogs have incredible hearing. Knowing that their owner is coming home before the fact is a simple matter of the dog hearing them coming before any other people around do.

Dogs are amazing creatures and can sense things in the environment even when we have no idea that they’re there. But they don’t do this with some special psychic ability or sixth sense. Their own regular senses — particularly smell, sight, and sound — are so much better than ours that they can detect things long before we do.

This is also why dogs are so much more in tune with Nature than we are; they’re aware of more of it. But the good news is that we can take a lesson from dogs here and develop a “sixth sense” of our own, simply by being more aware of the world around us, and listening to it with our instincts and senses instead of our intellects.

Whether you prefer the simplicity of Cesar’s colorful nylon training leads or need the advanced...
June 18, 2015

7 Tips For Establishing Leadership With Your Dog

One of the first things you should do to create a strong bond and balanced... 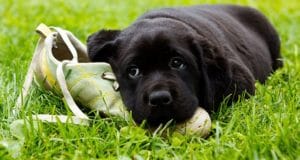 The Causes Of Unwanted Chewing — And How To Stop It 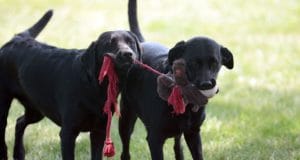 Why Do Dogs Imitate Their Owners And Other Dogs?