Internet To Life Net: How Social Media Is Saving Dogs 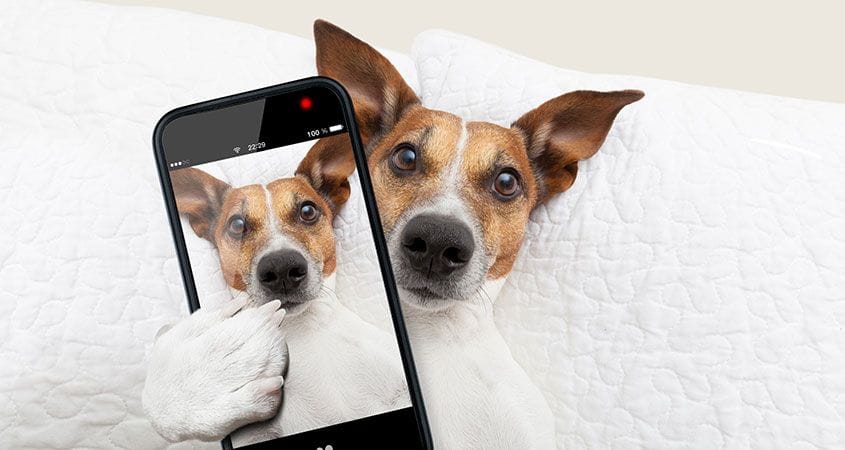 One day in 2015, Johnjay Van Es’ wife Blake got a phone call about a Chihuahua found in an alley. Consequently, he posted the dog to his Instagram to see if anyone recognized her or wanted to adopt. Since Van Es is, along with Rich Berra, part of a nationally syndicated radio team with a lot of followers, people were messaging him in seconds about the dog, which soon found a great home.

After he told the story on-air the next day, he started to get calls and photos from other people who had found dogs and so LovePup was born.

From one dog to hundreds

To date, the Van Eses and their three sons have helped rescue and rehome over 500 stray dogs, and there’s no sign of things slowing down. They aren’t choosey about the dogs they’ll help and, as Van Es recently told People magazine, they’ll take any dog, adding, “It was never a burden. It was always fun and passionate and organic and real.”

Of course, while they’re not picky about the dogs, they are much more selective about the adopters, although not in the traditional home-visit way of many rescues. In the same interview, Van Es explained, “I go to their social media and I scroll through their life. I can tell if they’re party animals, bad people — if I don’t like what I see, then they don’t get the dog. It really works really well.”

Bringing rescue to the modern age

Van Es reports that he and his wife have been rescuing dogs for as long as they’ve been married. Since that was in 1996, it pre-dates all of social media and most of the Internet — but rescuing dogs in the modern age has gotten a lot easier precisely because of social media.

Just do a Facebook search for “dog rescue,” and you’ll find endless groups and pages. A Google search for the same gives over 10 million results. This is a boon both for rescuers, who can now extend their reach beyond flyers in the local vets’ offices or local word of mouth. It can also help dogs that are otherwise traumatized by all the noise and excitement of adoption events.

Take the case of Lala, who had spent years chained up in her owner’s yard, developing heartworm and tumors. A rescue organization found her and took care of the medical problems, but found that taking her to events just made her unhappy and stressed out. Consequently, she wasn’t putting her best face forward, so no one was adopting her. Social media is the perfect outlet for dogs like this, who can “meet” lots of potential owners without having to go through the anxiety or fear of being put out in a crowd.

Beyond rescue to awareness

Social media is also helping to dispel some of the misconceptions people have about rescue dogs and about senior dogs by showing them in a better light than would otherwise be possible with them stuck in a kennel and facing an uncertain future.

Cesar has even gotten into the act with his very successful “Adopt Me Thursday” program in association with his PACK Project and Merial, maker of FRONTLINE® Gold, which features new adoptable dogs every week on Cesar’s Facebook and Google+ pages, ranging from puppies to seniors and including all breeds.

The group Pets Add Life went even further, going beyond Facebook and Twitter to create a YouTube campaign encouraging people to adopt a new pet to keep their old one company, and asking for people to submit dubbed videos of their pets. The spokespets for the campaign, Jupiter and Kona, were featured in their own video — and if that human voice sounds familiar it’s because it’s Andrew Grantham, who is also the voice behind the ultra-viral 187 million view video featuring Clark Griswold the Dog.

Of course once they’re rescued these dogs don’t necessarily give up on social media. Whether they’re part of the Dogs of Instagram collection or just generally Internet famous, they continue to delight us online long after they’ve found their forever homes. And don’t forget that you can follow three of Cesar’s most popular pack members — Junior, Benson, and Gio — on Instagram yourselves!

Can My Dog Eat Tomatoes And Cucumbers?

There's no denying that dogs love people food as much as we do. Can we... 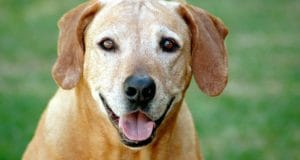 7 Reasons To Adopt A Senior Dog 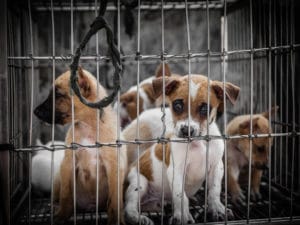 How To Stop Animal Cruelty 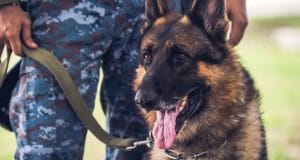 Reward A Veteran Dog By Rescuing Them