Why Do Dogs Lick And Different Kinds Of Licks 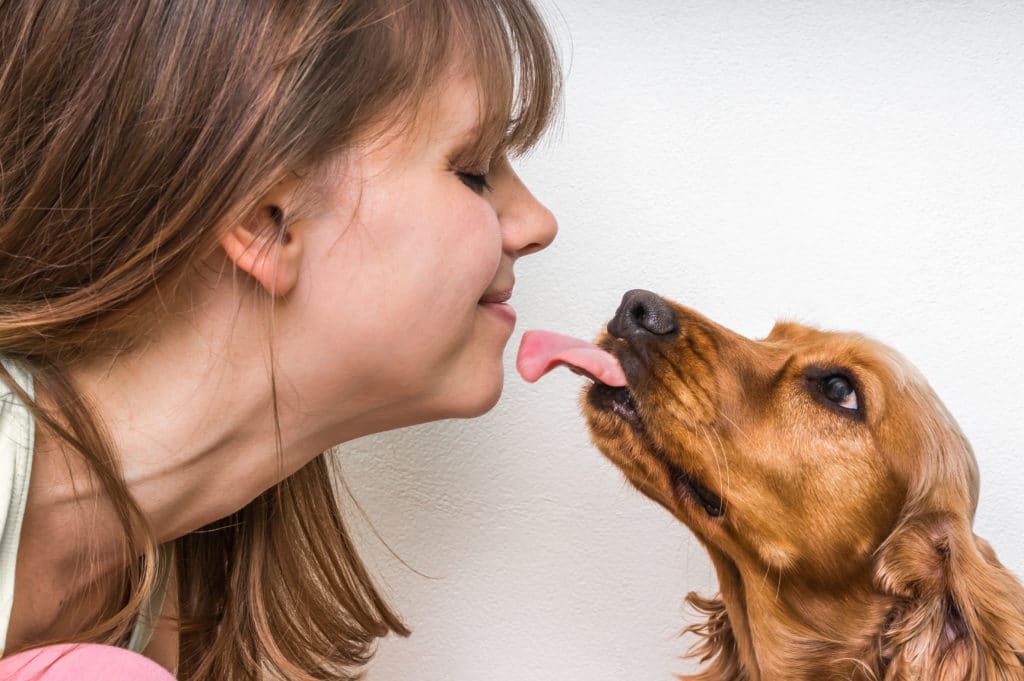 See if this sounds familiar: After going for a long walk with your dog and feeding her, you sit down to relax. She comes over, so you start petting her, but as soon as you do, the licking begins. You’re not a fan, but it isn’t a big deal at first… and then it progresses until she’s slobbering all over your face.
This happens every single time you offer affection! Why?
Dogs lick their pack members and themselves for many reasons, and if you want to curb the behavior, it helps to understand its cause.

If your dog is licking their bowl, the floor after a spill, or the counter after you’ve been cooking, you might pretty easily come to the conclusion that they simply like the taste. But did you know that the same thing can be true when they’re licking us? Sometimes we have tiny food particles that they can taste, and beyond that, dogs enjoy the salt on our skin.

Dog saliva has enzymes that kill off bacteria, and when a dog licks himself, it helps to get rid of dead tissue and clean dirt from wounds. Some dogs, however, just can’t stop themselves and may actually reopen wounds or cause other kinds of harm through excessive licking.

Speaking of excessive licking, if you notice that your dog is licking the same object or area over and over or that they seem to be doing so whenever they are scared or nervous, it might be time to seek medical help. While licking can be a healthy stress reliever, obsessive licking merely reinforces anxiety and makes the problem worse.

Dogs lick other dogs to tell them all sorts of things: everything from “I’m hungry” to “I submit to you” to “Let’s be friends.” They do this with people as well, but we’re typically not as good at interpreting the message. If your dog is licking you with intensity, take a look around and see if something is amiss. Maybe the water bowl

is empty or the doggie door is closed. Chances are your dog needs something.

This is the most common reason that domestic dogs lick and tends to be the kind of licking most pet parents want to change. Licking for affection causes your dog to release pleasurable endorphins that calm and comfort them, but sometimes it can just get to be too much for people. If you want your dog to stop, ignore them and walk into another room whenever it begins. Eventually they will learn that licking causes you to leave, which isn’t what they want.

We all love dogs, but are there any dog behaviors that are annoying to you? Let it out in the comments.

The Karelian Bear Dog is a Finnish breed that was traditionally used for hunting squirrels,

5 Steps To Being The Pack Leader

Before you can have a balanced pack, you have to have a Pack Leader, and 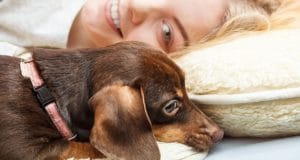 To Cuddle Or Not To Cuddle…